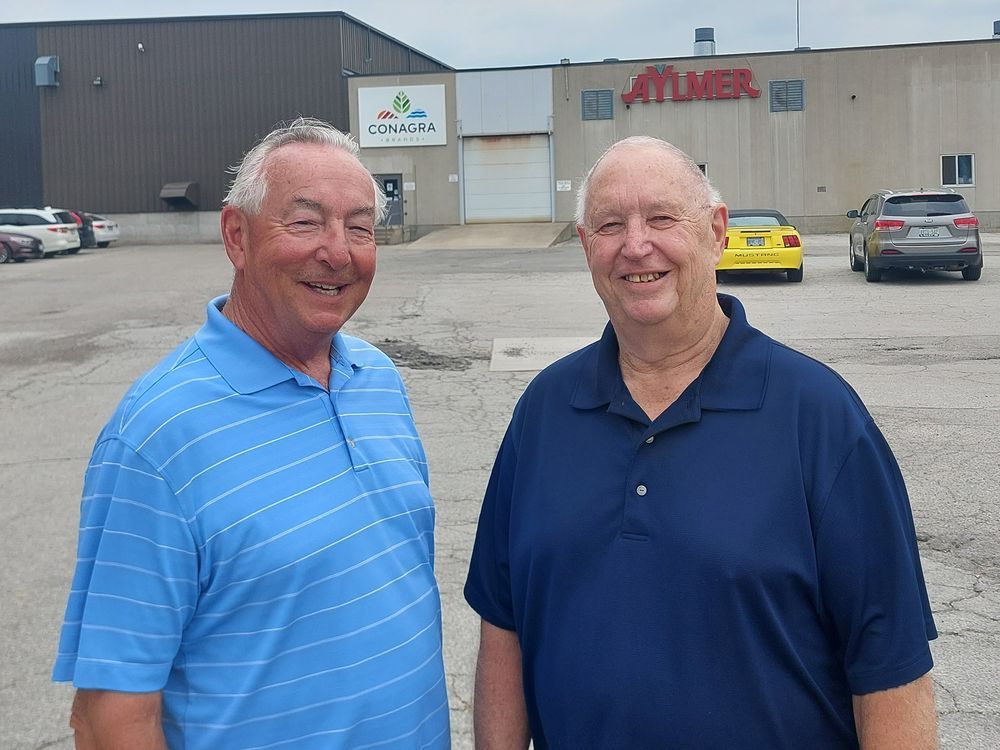 Many residents and farmers of Dresden and the region have lived well – and, for many, a good retirement – ​​thanks to the community’s tomato processing plant.

Food processing giant Conagra Brands Inc. hosted a party on Sunday to mark the 75th anniversary of its Dresden tomato processing plant, which opened on Wellington Street in 1947.

Tomatoes have been grown and processed in Dresden for over a century. Today, Conagra employs around 200 employees in Dresden and another 200 seasonal workers during its annual fresh-packing season. The Dresden plant processes approximately seven million cans per year.

Former plant manager Dave Hoyles, who started at the plant in 1980 as a front-line supervisor, said ‘automation and innovation’ were the two biggest changes he’s witnessed during his career.

“When I came here, everything was basically done by hand,” he said. “It was hand-peeled, hand-cored.”

Having worked his way up to factory manager in 1987, Hoyles said it was the people he worked with that made the job so enjoyable.

Hoyles served as plant manager until 2005, before moving to Toronto with the company before retiring in 2012 after 32 years.

Longtime Dresden city politician Joe Faas, who worked at the plant for a season more than 50 years ago, suggested on Sunday that Dresden “would look very different from what it is today if we didn’t have the canneries”.

He remembers when the factory processed spinach, asparagus, beets and potatoes, as well as tomatoes. He said the facility has provided good jobs while benefiting the local farming community.

He said local residents like Hoyles and Don Roberts have been able to work their way up to factory managers.

Infrastructure, such as a sewage treatment plant and a water supply from Lake Erie, probably wouldn’t be in Dresden today without the Conagra plant, Faas added.

Bob Vandeweghe is another employee who has had a rewarding career at the Dresden plant.

He started working there on March 24, 1962, driving tractors around asparagus farms in the area.

When he started working at the factory, Vandeweghe said it was not “unusual to work 12-hour shifts”.

He added: “At that time, you were doing a lot of manual work but, over time, technology took over.

Hoyles also got to know the local growers who supplied the tomatoes from the plant, saying he also knew many of their fathers and some of their grandfathers.

Hoyles said negotiating contracts and terms could be adversarial at times, but once an agreement was reached, they “shook hands and we got on wonderfully”.

Brothers Sam and John Janovicek followed in their father Paul’s footsteps to grow tomatoes for the Dresden factory.

Sam Janovicek said his father used to farm for Libbey’s until one day a field man came by the farm and suggested he ‘grow for the canneries’ and ‘he decided to do it’ .

He said he had seen a lot of changes over the years in the tomato industry.

“Before the tomatoes were picked and put in baskets and now it’s in bulk and we use harvesters,” he said. “We should not be too dependent on aid.”

John Janovicek said the brothers have been involved in growing tomatoes for the plant for most of their lives.

“We were in the tomato field when mom was picking. … (The factory has) paid a lot of bills, it has been good for us,” he said.