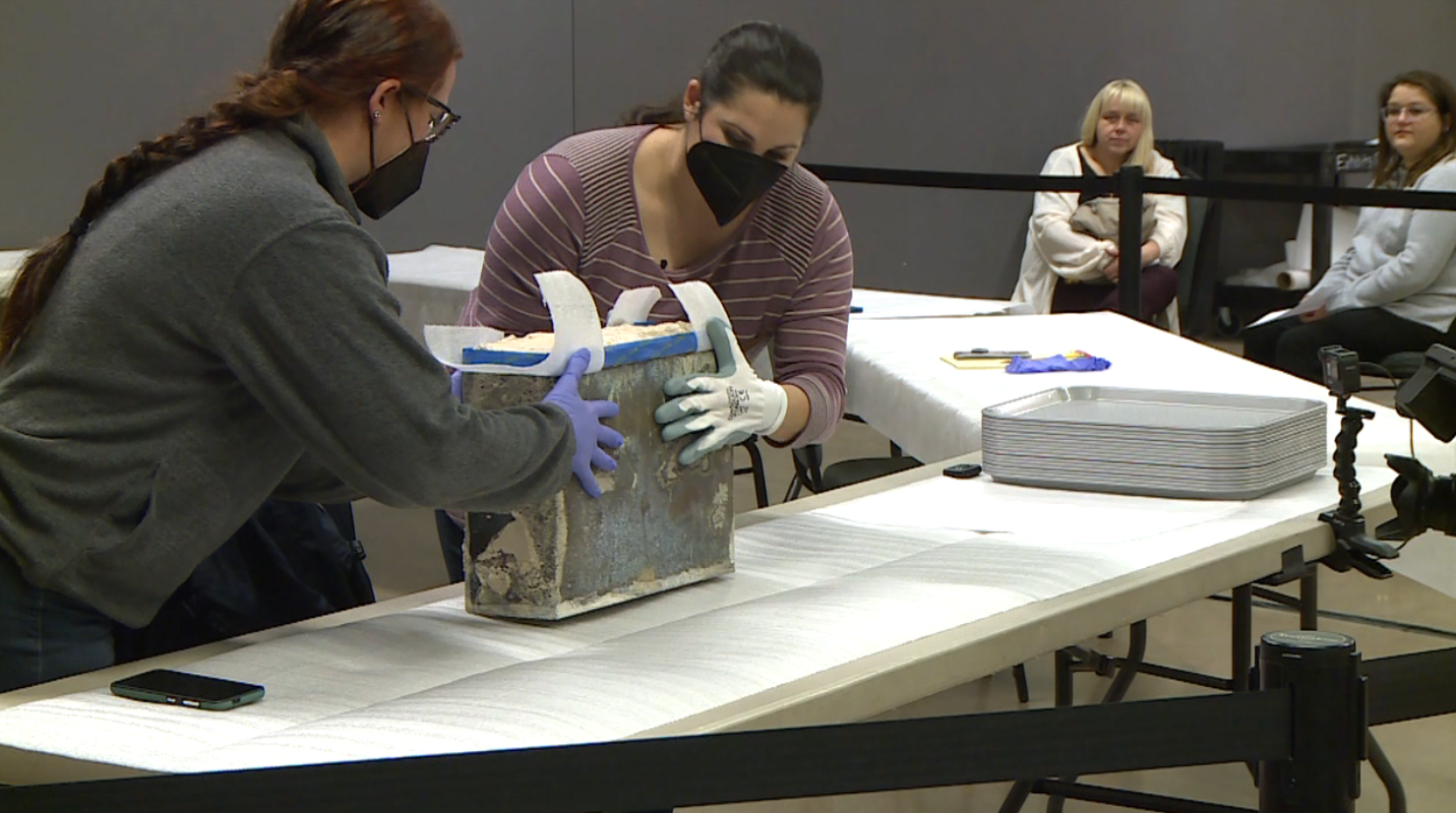 UNION CITY, Tenn. – A box that had been hidden in a West Tennessee church for nearly 100 years has finally been opened.

After the December storms, the Dresden First United Methodist Church was salvaging items in a conscious effort to preserve the cornerstone of the church.

However, during the demolition process, church members found a capsule from the past hidden behind the wall.

“We were surprised and shocked to find a box behind the cornerstone. We didn’t know it was there. To find joy, from a surprise of this nature in a destruction, it was a bittersweet joy that we were thrilled,” said Jamie Kemp, chairman of the trustees of Dresden First United Methodist Church.

“A hundred years ago, you have to stop and put your mindset into their way of life. Most of them had no electricity, telephone or internet. There were no computers. It was an event, a newsworthy event,” Kemp said.

A preserved ear of corn was the first item out of the box, followed by several copies of the local Dresden newspaper, hymns, church documents, a photo, and lists of church groups and members.

“I think my favorite article that was found is a document that specifically mentions the box and mentions them thinking about people who in the future would open that box and what they would find, and I think that was really interesting to have this connection from us here in 2022 to the people of 1923,” said Jennifer Wilds, director of collections and exhibits for Discovery Park of America.

The hidden objects brought church members to tears, and now they hope to rebuild and pass that feeling on to future church members.

“We will be including a new box and a new cornerstone to give someone in the future the same thrill, joy and excitement that we were able to share today,” Kemp said.

Now Discovery Park of America will dive deeper into all the artifacts, report on their condition, ensure they are stable, and do any kind of conservation work that may be needed.

300 Years of Collecting in Dresden – The Brooklyn Rail