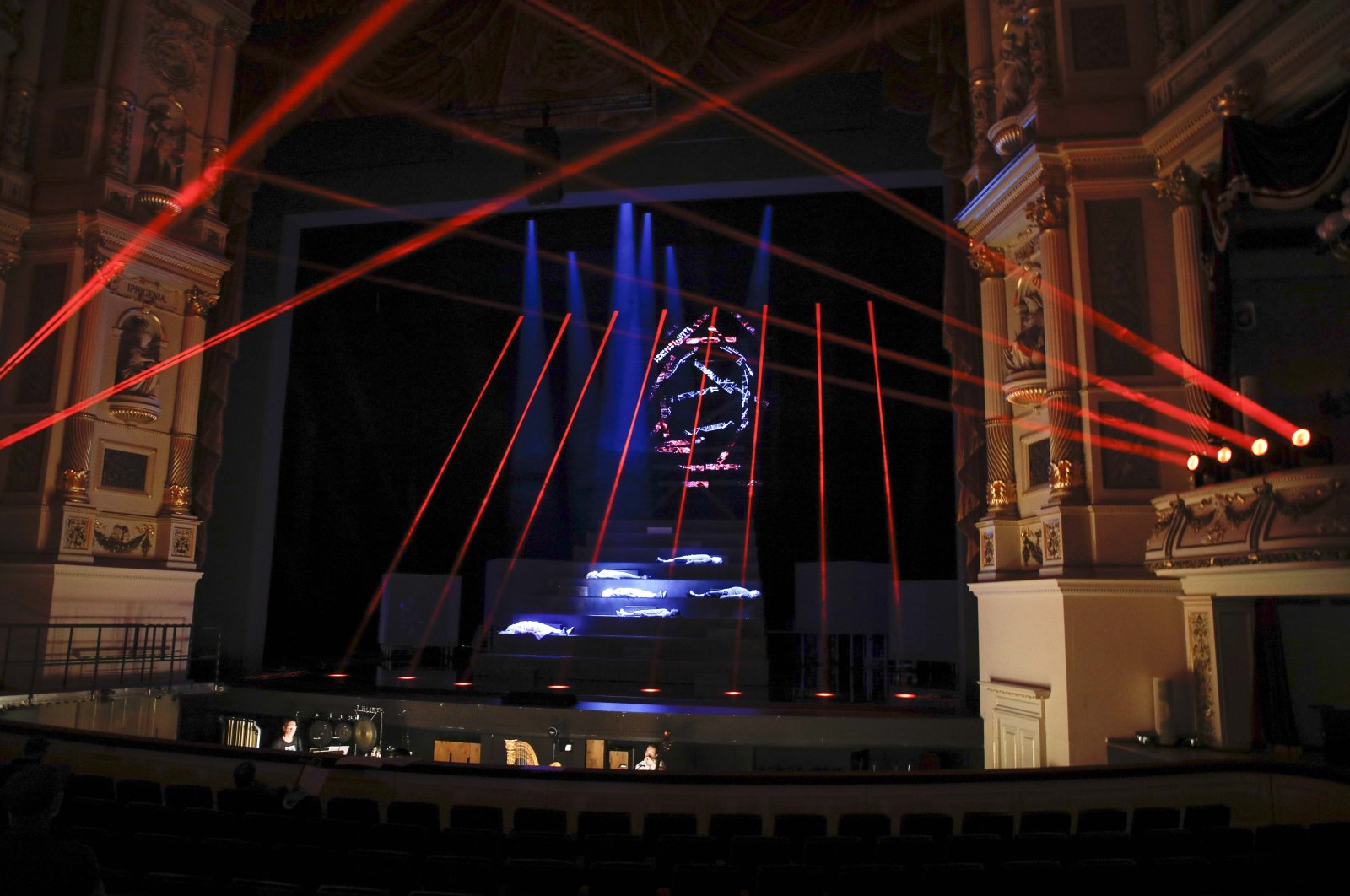 This time, Dresden’s last operatic piece will not be performed by a human, but by an artificial intelligence (AI).

The AI ​​will take center stage, dialing, texting and singing in a world premiere as the new season opens, with a play heading to Hong Kong later in November.

“Chasing Waterfalls” is the first-ever opera in which the AI ​​sometimes creates parts of the music, text and performance, live and autonomously, according to the opera.

The star character from the Semperoper Dresden will appear as an 8-meter AI-powered kinetic light sculpture.

In one of the seven scenes, the AI ​​takes over on its own, while in others it interacts with human performers.

Director and media artist Sven Sören Beyer says he finds the interaction between people and machines fascinating. “Dancing points of light in the sky affect us emotionally, for example, whether they are shooting stars or generated by technology,” he says.

“We try to probe these mechanisms in an artistic way: when does technology become emotional, how can people be affected by the use of technology.”

Beyer considers “Chasing Waterfalls” an important contribution when it comes to debates about the future and questions about the extent to which people will let artificial processes make decisions that will influence their lives.

Artificial intelligence already surrounds us today, profiling us, sending us personalized ads and making suggestions on what to listen to, watch and buy.

“The digital world has long influenced real decisions,” says Beyer. He is excited about the possibility of creating something new with AI in what he sees as a major creative opportunity.

As AI applications for creating artwork proliferate, Beyer believes the same creative approach can be applied to music, he says.

“It’s exciting to take that step and not have it all in your hands,” he says, referring to the scene in which the artificial intelligence writes, composes and sings its tune – about itself.

The piece was created with the help of Norwegian soprano Eir Inderhaug, who spent two weeks in a recording studio giving voice to technology.

The AI ​​then developed the content on its own, after receiving the following instruction: “Write an opera aria in which you reflect on yourself. You have the right to be cynical and humorous.

The author of the opera script, librettist Christiane Neudecker, initially had doubts even though she had experimented with AI text generators in the past.

However, she later came to accept the AI ​​as a creative partner. “The exchange was surprisingly inspiring, both poetically and content-wise,” says Neudecker.

The text passage will be created shortly before the performance, although Beyer will sign each text written by the AI.

“We were surprised in one of the scenes because it now contains content that we did not know. It’s the experience,” says Beyer.

That doesn’t mean it has to apply to opera as a whole, though, he says. The team felt it was important to have a plot. “The human ego finds itself in an identity crisis, amid all its digital projection surfaces and representations of itself, and is forced to move.”

Soprano Inderhaug stars in the work, playing herself as well as her digital twin.

In all, the performance features six vocal soloists, a virtual voice and a chamber orchestra in a piece that lasts 70 minutes.

Hong Kong artist Angus Lee, as co-composer and conductor, will be on the podium at the head of the musicians.

The work is then set to travel to the New Vision Arts Festival in Hong Kong for a performance in November.

Keep up to date with what is happening in Turkey, in its region and in the world.