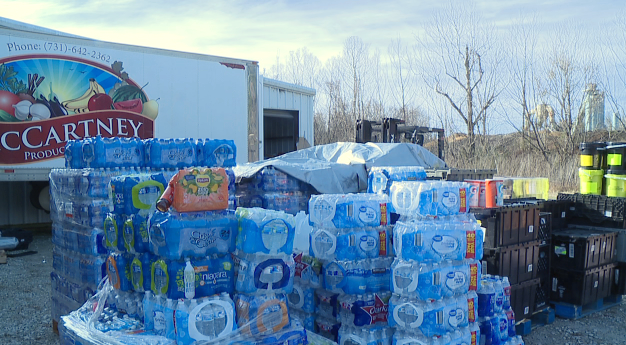 WEAKLEY COUNTY, Tennessee – After multiple tornadoes moved through West Tennessee on Dec. 10, the community is coming together to help those in need.

“We’ve been a fixture in the community for over 52 years, and it’s our turn to give back. We have trucks and trailers, so how can we help? said Rachel Lovell, vice president of people operations at Ascend.

Ascend, formerly known as Milan Express, parked a trailer at Kroger last week to collect donations for residents of West Tennessee affected by the tornadoes.

“We’ve had it installed for over a week. We collected donations of everything from supplies they might need, from toys to clothes,” Lovell said.

“We would like to keep it longer, but we are getting closer to the holidays and they are getting to a point where they need more supplies. So we want to make sure they have it,” Lovell said.

Ascend plans to help as many people in the communities as possible.

“We would like to get this out to as many communities as possible, but the Dresden community is the one we identified throughout disaster relief that really needed more support,” Lovell said.

Ascend drops off the supplies Monday afternoon in Dresden, where local organizations will sort the items over the next few days and distribute them throughout the community.

“We have twinned with different divisions in Dresden. They will really sort it out. We take two trailers there, one for them to sort through and one full of supplies to hand out as needed,” Lovell said.

Ascend says they will continue to accept donations if anyone wishes to help.

“If our individuals or anyone in the community wants to continue donating please feel free to drop it off and we will forward it to the Dresden community,” Lovell said.

If you wish to drop off donations, you can do so at one of the old Milan Express locations in Jackson.