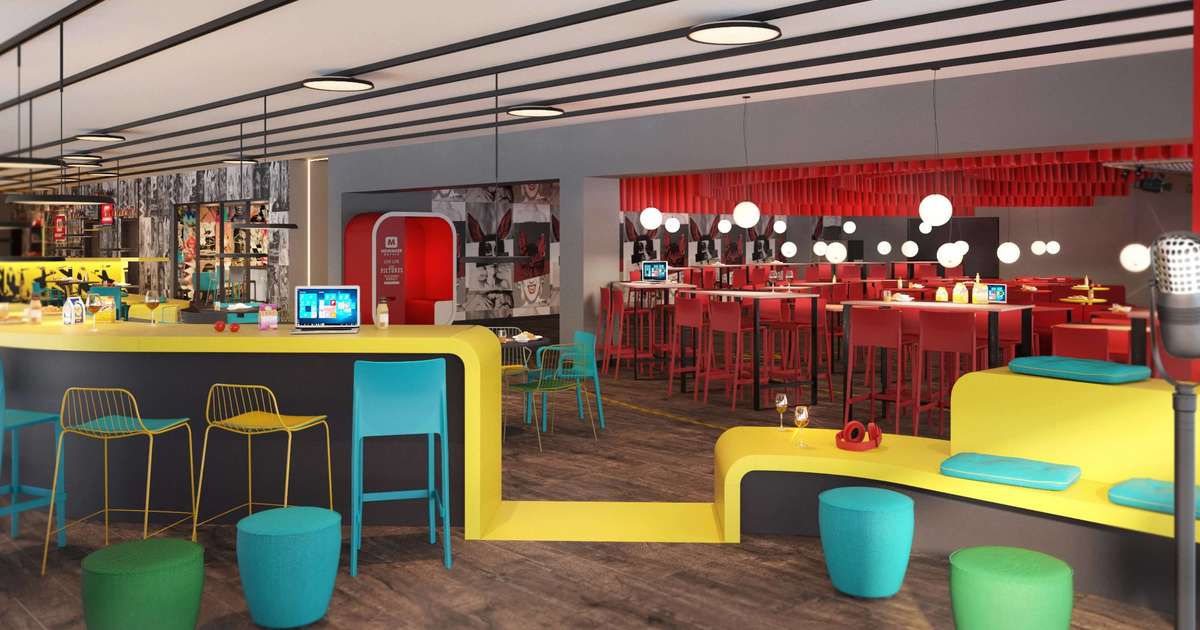 On September 14, the MEININGER hotel group will celebrate its third new opening this year. The MEININGER Hotel Dresden Center at Wiener Platz is the second hotel in Saxony and the 14th in Germany.

One of the biggest hotels in town

The MEININGER Hotel Dresden Zentrum offers 173 rooms with 719 beds, making it one of the hotels with the most beds in the city.

On its four floors, the hotel offers different types of rooms for families, backpackers, groups and business travelers.

From a rooftop terrace with sun loungers, hotel guests can enjoy wonderful views of the historic center.

Breakfast in the limelight

“Ode to Joy,” the poem once composed by Friedrich Schiller in Dresden and later set to music by Ludwig van Beethoven, was the central theme of the hotel’s music-inspired design. In the lobby, the lounge furniture is arranged according to the progression of the notes of Beethoven’s famous composition, while lamps hanging like notes from the ceiling, spotlights and red curtains give the breakfast area a theatrical atmosphere. And the hotel’s interior design adds an unusual feature in its contemporary take on Dresden’s musical history: each room has a glittering disco ball.

Full use of the building has already started

In addition to the Hotel MEININGER, the building at Wiener Platz also houses a 3,800 m2 Edeka grocery store on the ground floor, which has already been open since September 2021. The 204 meter long and 40 meter wide building impresses with its outside with its glittering rainbow-colored facade. Special crystals allow the exterior of the building to light up in different colors, depending on the viewer’s perspective.

Whether it’s the Semperoper, the Zwinger or the Frauenkirche, the city’s famous tourist attractions can be reached on foot in 20 minutes, and a walk to the historic city center can also include the Prager Strasse shopping street. The location of the hotel will become increasingly important once the new central bus station is operational in 2025.