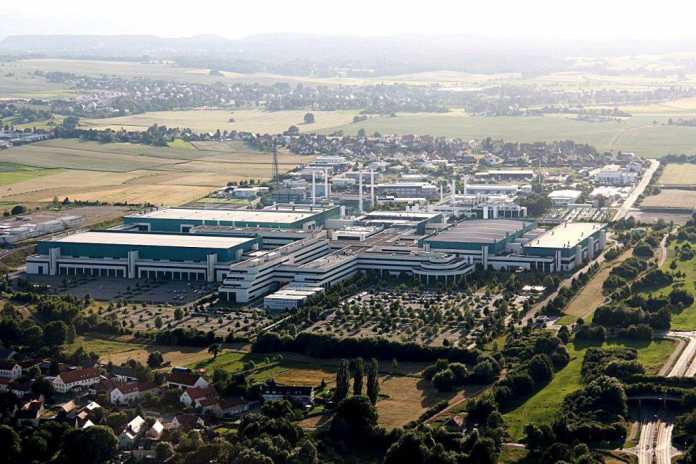 The chip supplier Globalfoundries (GF) has had its own power plant at the Dresden site since 2005 to cover its own electricity and heating needs. After the last expansion in 2007, Globalfoundries now wants to build one of the most modern Energy Supply Centers (EVC) in Europe. The planning and approval procedures have already started.

Running your own natural gas power plant is cheaper than buying power – and it’s also more reliable. A large-scale electrical selection in the Dresden area last September hit semiconductor makers Bosch and Infineon, but not Globalfoundries. Long-term power outages that cannot be intercepted with backup power generators can destroy production silicon wafers and delay production by weeks or months.

So far, GF has used nine natural gas engines of the type TCG 2032 V16 from MWM. Power Supply Center II can supply 35 megawatts (MW) of electricity, 38 MW of heat or 53 MW of cooling for the semiconductor factory without interruption. By way of comparison: modern supercomputers consume up to 30 MW of purely electrical energy. The Globalfoundries semiconductor factory requires approximately one terawatt hour of energy per year. Of this number, 500 gigawatt hours are each represented by the electrical energy requirement and the energy requirement for heating and cooling.

In front of Globalfoundries semiconductors, behind it hides its own power plant.
(Photo: GF Dresden)

Greener, but not completely green

For the new power plant, Globalfoundries continues to use natural gas as the primary energy source, but uses more modern engines with an average overall efficiency of over 90%. The Energy Supply Center is therefore expected to require 30% less natural gas than before and reduce greenhouse gas emissions by at least a quarter (100,000 tonnes CO₂) to around 300,000 tonnes CO₂.

GF is converting the cooling system of the new power supply to a closed system to reduce water consumption by approximately 80%. Using combined heat and electricity, waste heat from natural gas engines is fed into the heating and cooling system. At GF, the principle is practically appropriate, since the power plant is right next to the semiconductor factory – nice to see via google maps (the power plant operates as “Energy supply center Dresden-Wilschdorf GmbH & Co. KG”).

GF also writes in the communication: “To support the cooling of the waste heat generated in production, GF uses the largest ice storage in Europe. It is used to cover load peaks and to store energy. During the modernization, it will be further enlarged.

The bottom line is that GF Dresden is still a long way from being CO₂ neutral, but it’s taking a big step in that direction. The conversion of the power plant will start in 2022 without interrupting the production of chips, so it is progressing continuously. GF estimates it will take five years to complete. The energy supplier SachsenEnergie AG supports GF in the project.

Source of the article