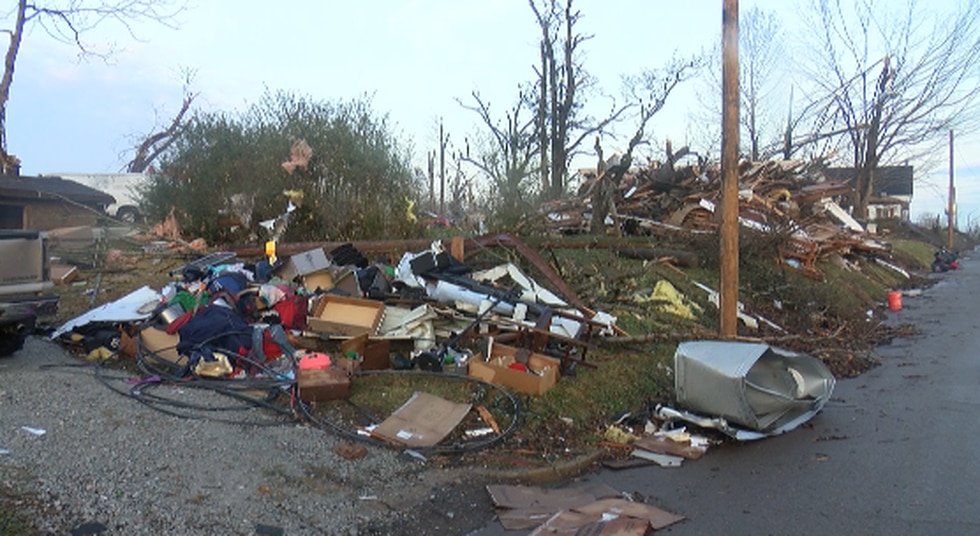 DRESDEN, Tenn. (KFVS) – Homeowners and businesses continue to recover in Dresden after severe tornadoes touched down a week ago.

But last Friday, that wasn’t the case, as an EF-3 Tornado sped through town.

“We had people who were trapped in houses so it was just total chaos that night and of course as the sun was coming up you know we were able to access most of them” , Wilson said.

In Weakley County, Tennessee, no deaths have been reported. Sheriff Wilson calls it a miracle.

But since then, the sheriff thanks everyone who helped clean up.

“We’ve had a ton of people come out here and give their time, their effort, their money, their materials and what’s happened here has been overwhelming,” Wilson said.

“We have damage to our roof, a few broken windows, but if it wasn’t for God we wouldn’t have this house, that’s all I’m going to say,” Young said.

Young says he hopes anyone who has lost property has a place to go.

“I hope these people find housing, it’s tragic to watch it all,” Young said.

Sheriff Wilson says the community is coming together on this.

“You can’t find a better group of people than what we have here,” Wilson said. “Everybody, nobody’s trying to make somebody else right and whatever you need me to do, we’ll do it and go from there.”

Sheriff Wilson says most power restored in Dresden; however, those in rural areas may have to wait a bit longer.