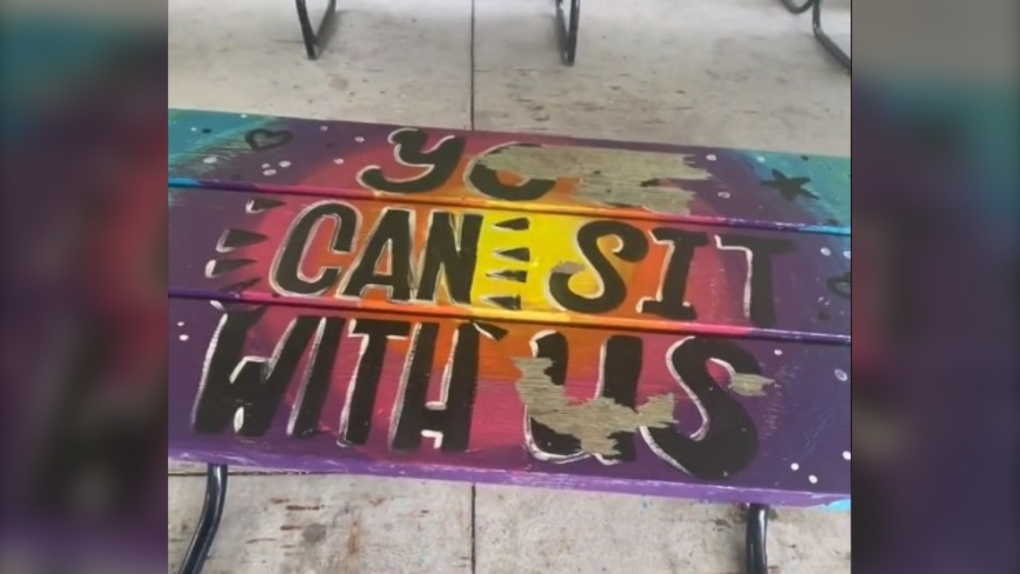 Derogatory messages towards the LGBTQ+ 2S community written on tables in Dresden: CKPS

Chatham-Kent Police are looking for suspects after several derogatory messages directed at the LGBTQ+ 2S community were written in red permanent marker on several picnic tables.

Officers responded to a mischief at Stranak Park on Brown Street in Dresden on Monday.

Dresden Night Market posted some of the damage on TikTok, saying “Last damage to picnic table. Upcoming update” and “We’ll be back.”

Police say they are “investigating this mischief as a hate-motivated incident due to the nature of the posts”.

“Although the posts have since been deleted, we understand that these incidents will have a significant impact on the victimization of community members and we can help by connecting people to the appropriate resources through Chatham Victim Services. -Kent, at (519) 436-6630,” State Police in a news release.

Anyone in the area with surveillance cameras is urged to check their footage for any evidence in relation to this incident.

Anyone with information is asked to contact Const. Doug Littlewood at [email protected] Anonymous callers can call Crime Stoppers at 1-800-222-TIPS (8477) and may be eligible for a cash reward.