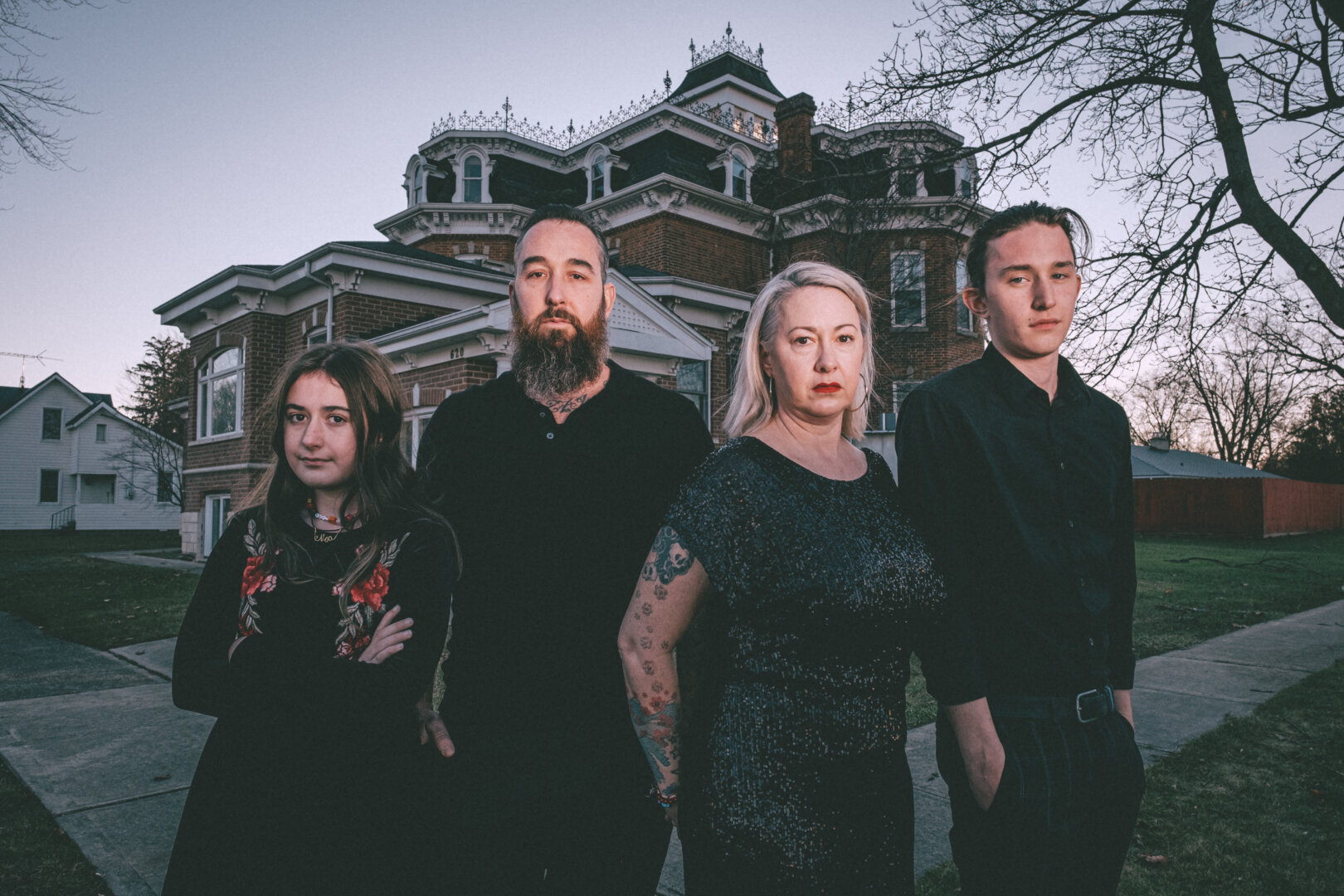 The 19e Century DeBurger Funeral Home closed in 2016, and although it has changed hands a few times since then, it has been vacant for several years.

Enter Heather and Arryn Blumberg, who discovered the property in an online blog. Their interest in the Gothic building later caught the attention of a television producer, who offered to create a reality show about the family’s planned transformation of the 12,000-square-foot building from a funeral home into a private residence.

“The production company and crew we worked with were absolutely amazing, they were so lovely and they made it all fun. It was a year where everyone was home with us trying to settle down. .

“A lot has happened, great finds around the house, interesting moments that you see captured,” says Heather.

Once the film crew is done with their day, the family takes over behind the lens.

“We also did a lot of iPhone footage so literally every aspect of what happens is captured in some way and nothing is made up, everything you see on the show is actually produced.”

The couple say the reaction from their neighbors and the community at large has been overwhelmingly positive.

“People have been fantastic,” says Arryn. “They were obviously very curious, and because of the show and everything, we couldn’t have that many people in the house. It’s nice that people can see what we’ve done over the last year and a bit.

The family has made a concerted effort to include local trades as much as possible.

“Almost everyone who’s been there or worked there is from the area, I think except for some kitchen appliances that we had to bring in from Toronto, we also sourced everything locally,” says Arryn. “We really tried to involve as many people as possible, so it’s good to see each other on the show.”

Various familiar faces pop in and out of the story, including entrepreneur Dave Depencier, funeral director Jason Badder of Badder Funeral Home, artist Sarah Steele, and an assortment of other local shopkeepers and Dresden residents.

The Blumbergs say the home’s renovations are only halfway done, but they’re excited to see what the future holds. It remains to be seen whether this future will be played out in front of the camera.

We Bought a Funeral Home is streaming online now on Discovery+, with new episodes every Saturday through October.