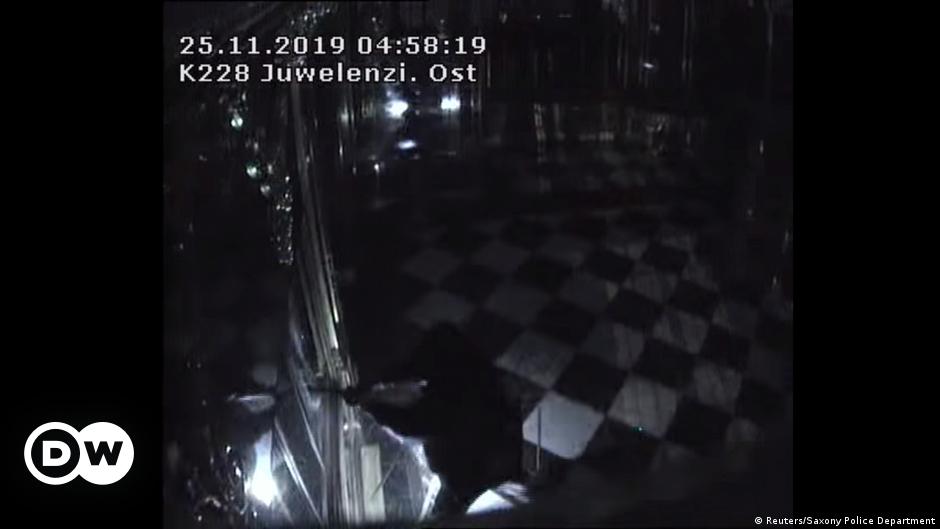 German prosecutors said on Thursday they had charged six men in connection with the 2019 Dresden museum robbery.

Gunmen had broken into the Green Vault museum and seized 21 jewels encrusted with more than 4,300 diamonds.

Prosecutors said the insured value of the coins reached 113.8 million euros ($135 million) – in what has been called the largest heist in modern German history.

What we know about the suspects

Prosecutors are charging the six German nationals, aged 22 to 27, with aggravated gang robbery and aggravated arson.

Two of the suspects had previous convictions for stealing a 100 kilogram (220 pound) gold coin from Berlin’s Bode Museum in 2017 – another theft that rocked Germany.

Prosecutors did not name the suspects. But police said during their manhunt that the suspects were members of the so-called “Remmo clan”, a family of Arab descent known for its links to organized crime.

The suspects were reportedly armed with a loaded revolver and a self-loading pistol with a silencer when they burst into one of the world’s oldest museums in the early hours of November 25, 2019.

Prosecutors said the suspects set fires before the break-in to cut off power to streetlights outside the museum and set fire to a car in a nearby garage.

Priceless 18th-century jewelry and other valuables from the collection of Saxon ruler Augustus the Strong were taken that night, said the Royal Palace in Dresden, which runs the museum.

Investigators are still looking for the stolen artifacts, prosecutors said.