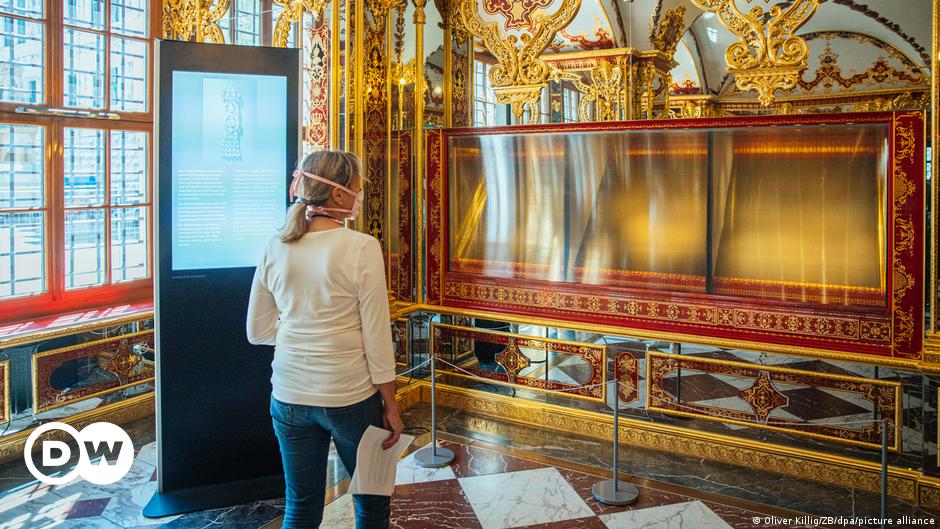 The trial of six men accused of committing one of the biggest jewel thefts in modern German history opened in Dresden on Friday.

Prosecutors alleged the men were responsible for the November 2019 heist at the Green Vault Museum in Dresden, stealing treasure ($129 million).

The men, aged 23 to 28, will be tried in juvenile court, as two of them were minors at the time of the robbery. They face charges of organized theft and arson.

How the heist happened

Police said the thieves set fire to an electricity distribution box near the Green Vault museum to plunge the area into darkness.

They then sawed off iron bars to enter the showroom.

Security camera footage released by Dresden police after the robbery shows two suspects entering the room, waving their flashlights as they cross the black-and-white tiled floor.

They then smash a glass display case with an ax before grabbing the jewelry.

Police arrived at the scene five minutes after the alarm went off, by which time the thieves and the jewelry were gone.

The stolen jewels have not been found. Director of the Dresden State Art Collection, Marion Ackermann, declined to assess the stolen items, calling them “priceless”.

They caused about a million euros in damage to the museum and the parking lot.

What we know about the accused

Three suspects have been arrested after police raided 18 Berlin properties in November 2020.

Two brothers were arrested in December 2020 and May 2021, and the latest suspect was arrested last summer.

Two of the suspects had previous convictions for stealing a 100 kilogram (220 pound) gold coin from the Bode Museum in Berlin in 2017.

During their pursuit, police said the suspects were members of the so-called “Remmo clan”, which are known for their links to organized crime.

Four other men were being investigated on suspicion of aiding and abetting exploration of the crime scene the day before.

The trial is expected to last until October.