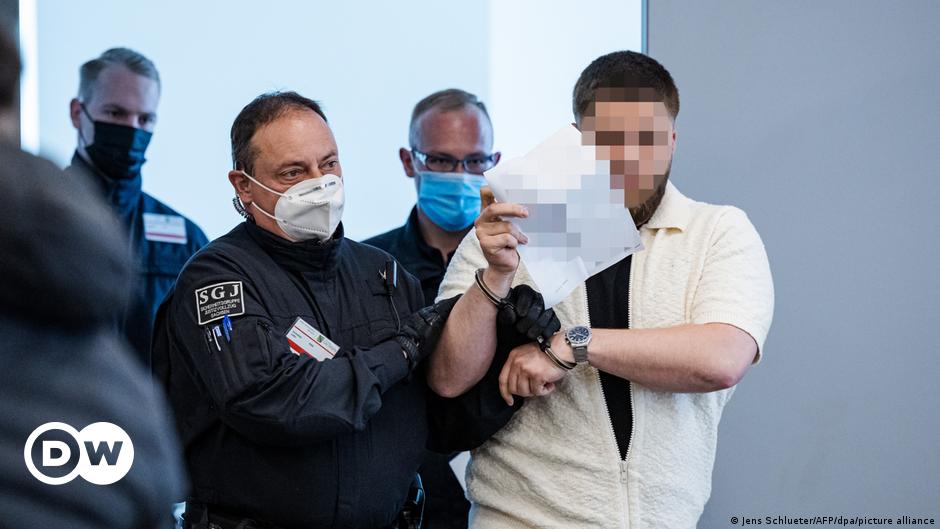 The most dramatic revelation from the testimony is that a seventh man, arrested at the courthouse during a trial he was observing on May 11, was in possession of highly classified documents accessible only to police, prosecutors, to the court, to the defense and to the accused. .

Dresden State Prosecutor Christian Weber told court on Tuesday that when investigators searched the 22-year-old’s apartment in the Berlin neighborhood of Kreuzberg, they found an electronic tablet containing copies of the documents of police investigation as well as the work of prosecutors.

Weber said it was unclear how the suspect, who has been in criminal custody since his arrest, came into possession of the documents. He is accused of aiding and abetting a criminal act.

Prosecutors say he can be tried separately but will not be retroactively included in the others’ ongoing trial.

Police witnesses also told the court on Tuesday that they conducted a forensic investigation into one of the vehicles used by the thieves in the heist.

Although they were almost completely destroyed when the perpetrators set fire to the car, which police located in Berlin, investigators identified nine shards of glass that matched glass from the museum’s display cases from which jewelry was torn off after being smashed with an ax. Investigators also found DNA traces of three of the defendants in the vehicle.

Additionally, investigators say they found fragments of vinyl sheeting on the car, which they believe was used to camouflage the Mercedes Sedan taxi ride.

Two of the cars the thieves used in the heist drove back and forth between Dresden and Berlin several times at the time of the heist. CCTV cameras recorded footage of them on November 19, 20, 23 and 24, as well as the morning of the robbery, according to police testimony.

Historical items can be destroyed to sell individual gems

The robbery took place on the morning of November 25, 2019. The thieves stole 21 jewels adorned with 4,300 diamonds and precious stones with an estimated value of 113.8 million euros (122.17 million dollars) from the famous Green Vault treasure.

It contained objects collected and commissioned by Augustus the Strong, Elector of Saxony, King of Poland and Grand Duke of Lithuania, and built by him between 1723 and 1730.

They also caused an additional €1 million in property damage by setting fire to an electrical junction box in the Old Town and torching a getaway car in an underground car park.

The six men currently on trial in Dresden are aged between 23 and 28 and are charged with aggravated theft, arson and aggravated arson.

They are German-born individuals from an Arab family clan in Berlin known as the Remmo clan. The men hold German passports and therefore cannot be deported, while authorities say many of the older generation of the family are stateless, having left Lebanon during that country’s civil war.

The Remmo have been implicated in a number of major crimes over the years. They were accused of stealing millions in cash from banks as well as items from museums that were never seen again.

Authorities fear that the unique works stolen from Dresden will never be seen again.

The clan has, among other things, invested its profits in real estate in Berlin. Authorities confiscated 77 homes and apartments belonging to the family in 2018.

The Dresden Dolls reunite for a tour and new music