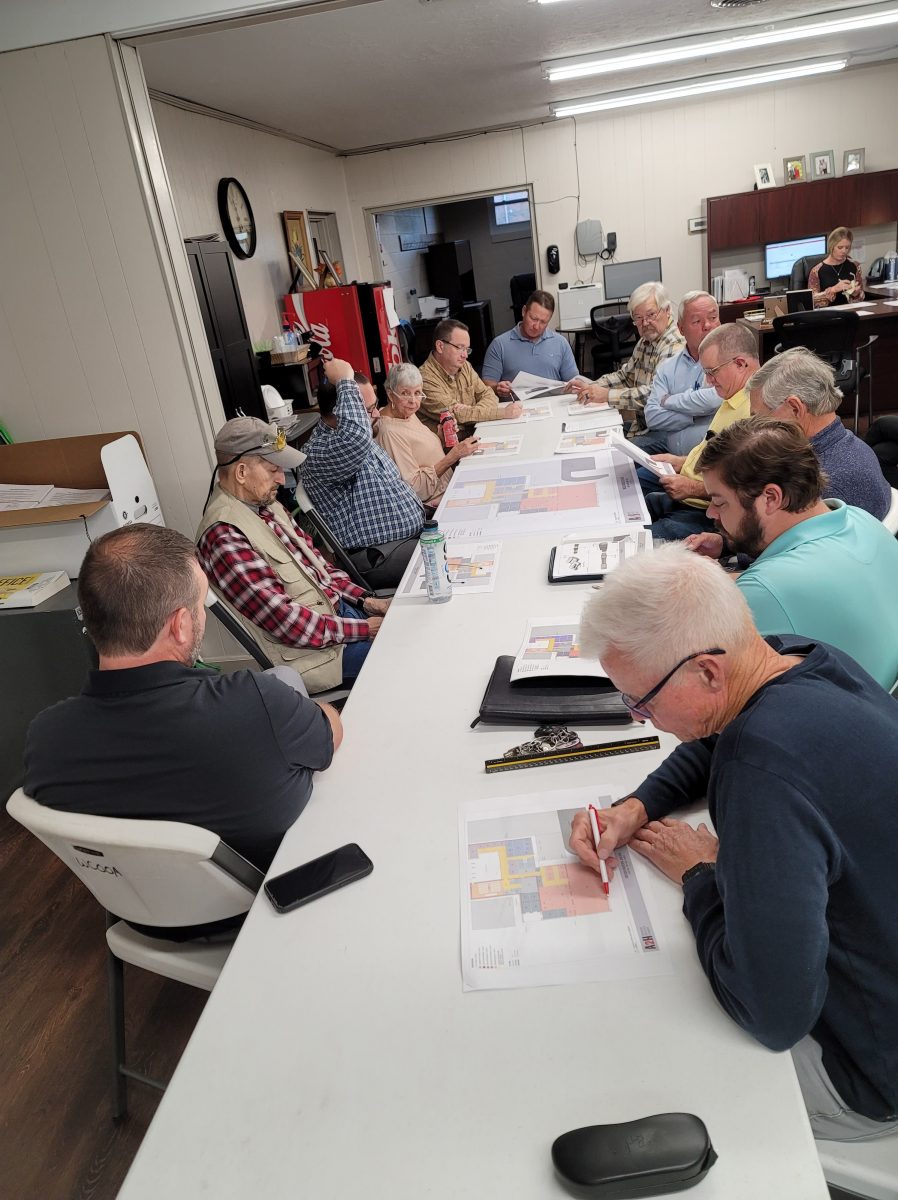 The mayor, alderman and engineers sit down to review plans for the new municipal complex.

Dresden Council met on Tuesday 11 October with engineers, architects and planners from A2H to review designs for the new municipal complex and Alderman Gwin Anderson offered to take the next step in the design process. design which was unanimously approved.

Stephanie Kemp, one of the owners of the Flower Box in Court Square, was on hand to find out what the elevation of the new complex would be so she could ensure her building would be similarly raised to match the new complex. Kemp wanted to be at ground elevation as the new municipal complex would be and not require steps in his business. Kemp wants his building to be completed by the end of the current calendar year.

A2H discussed the site plan designs so far, which included the floor plan and building outline, as well as water and sewer. They also asked about an update on Tony Winstead’s property, which Mayor Jeff Washburn and Alderman Anderson contacted Winstead’s attorney Langdon Unger about.

Washburn said: “We don’t have anything positive yet about what’s behind this on the Winstead property. We have a proposal. The proposal which is now on the table and which was put forward by Mr. Winstead was to tell the town a parcel which begins at the southwest corner of Flower Box and would cut directly through his property to the northern boundary of the city ​​and would give us all of that directly behind the old City Hall and behind the old Peeler property and he would keep what was behind the Flower Box property and what was behind his hotel property. So that would give us a rectangular area.

Washburn went on to say that Winstead had tentatively agreed to have sewer lines run from his property to the Flower Box in his proposal so they could have sewer service. Washburn said his recommendation would be that they include everything they have associated with the project, including the sewer line, and pay accordingly.

As the talks progressed, Anderson became concerned about snow and ice in the yard and that he knew of some places that put the water heater underneath so that the ice and the snow does not accumulate. With that, Anderson said, “we wouldn’t have people having trouble getting in and out of the building.” Anderson said putting chemicals on it would tear the concrete.

A2H said that was a consideration during the design process that they could look into.

Alderman Sandra Klutts spoke about the fact that they want the complex to last 50-100 years and that Dresden could see a growth spurt and if the building were to be extended later would there be room for the expansion with the current layout design? Klutts mentioned the possibility of locating the fire department somewhere to leave more space for future use.

A2H said the design of the fire department as is has room for growth and transformation into a full-time service.

Klutts then mentioned the police department and A2H pointed out that they were somehow locked up with other properties that the city doesn’t own.

Washburn said the costs of moving the fire department to another location would significantly increase costs. He also mentioned that they could “probably make up for it by negotiating with Keely and Vicky and buying their property and making a yard out of it for future use and we could come out cheaper. I know $300,000.00 is a lot of money, but it might be cheaper than building two separate buildings.

Anderson also expressed that he was not in favor of building a fire department elsewhere because of the costs involved.

A2H expressed that the way the layout is currently allowed for future growth.

Discussions continued and Alderman all liked the layout designs and moving on to the next step. A2H said they could provide a small update on where they are with everything at the November board meeting, but an estimated budget for the final project likely wouldn’t be ready until after the meeting. of the Board of Directors in December.

SCANLAB, TU Dresden develops a polygonal scanner within the framework of the LAMpAS project | Business | October 2022