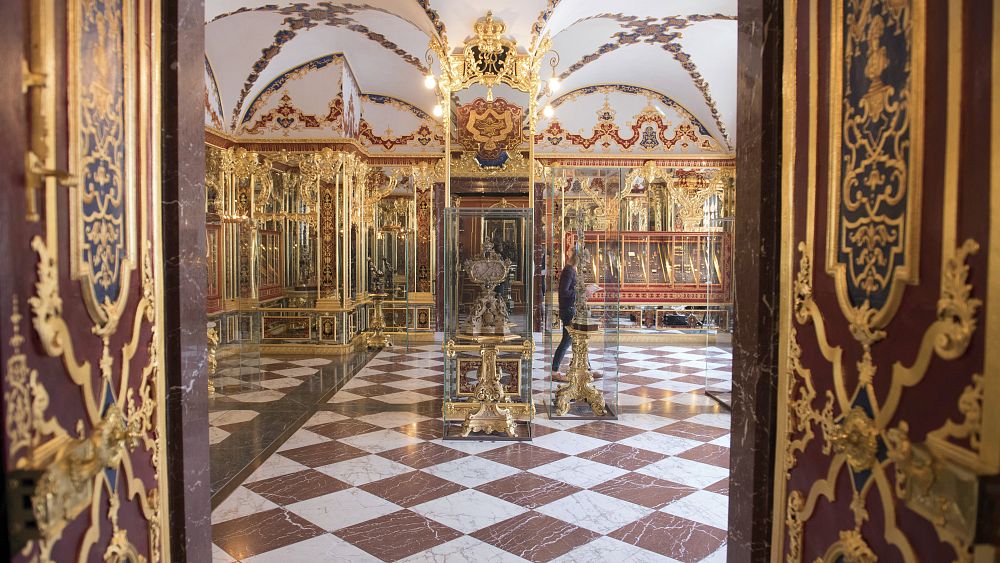 Six people have been charged in Germany over the 2019 theft of jewelry and artwork from a museum in Dresden.

Prosecutors announced on Thursday that they had charged six men with organized theft and arson.

The suspects, aged 22 to 27, are accused of breaking into the Green Vault (Grünes Gewölbe) museum in the eastern German town in November 2019.

At least 21 18th century jewels, including more than 4,300 diamonds, were stolen during the robbery. Investigators estimate that the transport had a total insured value of at least 113.8 million euros.

Searches have so far failed to locate the missing jewelry.

Prosecutors say the men set the fire just before the burglary to knock out power to streetlights outside the museum. The suspects also allegedly set fire to a car in a nearby garage before fleeing to Berlin.

Prosecutors said the men, who are all in custody, have not responded to the charges against them.

Two of the suspects are already serving sentences for participating in the theft of a 100-kilogram Canadian gold coin dubbed the “big maple leaf” from the Bode Museum in Berlin in 2017.

The piece, with an estimated value of 3.75 million euros, has also not been found. Authorities suspect it was likely cut into small pieces and sold.

The Dresden State Court will now decide whether to pursue the case against the six suspects.

The Grünes Gewölbe, established in 1723, is one of the oldest museums in the world and contains the treasure of Augustus the Strong of Saxony, comprising around 4,000 objects made of gold, precious stones and other materials.

Museum management said the stolen jewelry was “extremely significant from an art and cultural history perspective,” according to prosecutors.