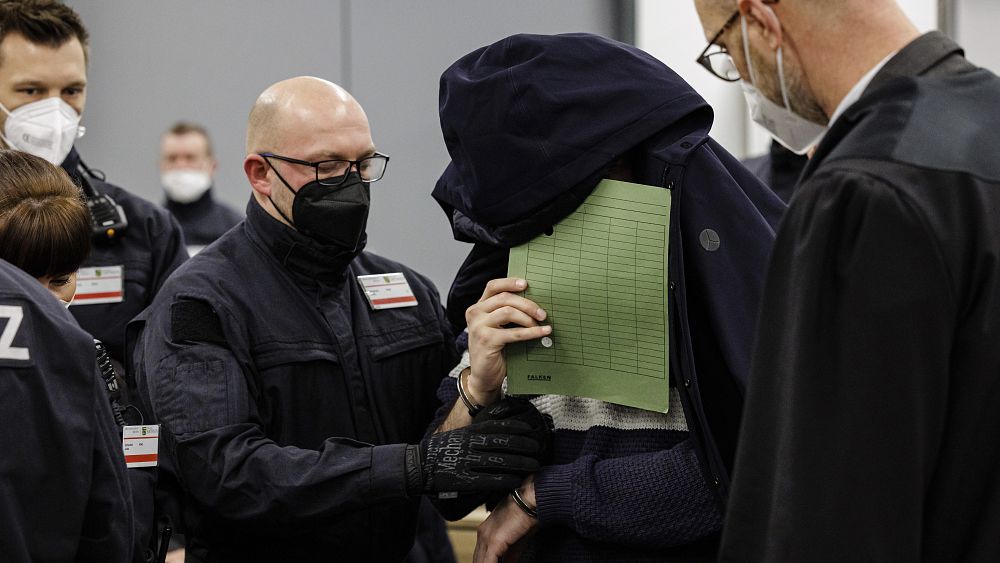 Six men have been tried in Germany for the spectacular theft of 18th century jewelery from a museum in Dresden.

It is estimated that 4,300 precious stones – worth more than 113 million euros – were stolen during the high profile robbery in November 2019.

A total of 21 items recovered from the Green Vault Museum in Dresden have never been found. Culture ministry officials say the jewelry has “priceless material value”.

Six defendants, aged 22 to 28, appeared in a regional court in the eastern German city on Friday, charged with gang robbery and arson. They each face up to 10 years in prison.

In their opening statement, prosecutors said the suspects were members of an organized crime family known as the “Remmo clan.”

The suspects are said to have planned their crime “meticulously” and were armed during the robbery.

The Green Vault (Gruenes Geweolbe) – established in 1723 – is one of the oldest museums in the world and contains the treasure of Augustus the Strong of Saxony.

The exhibits include around 4,000 objects made of gold, precious stones and other materials.

The head of the Saxon State Art Collection in Dresden expressed hope that the international attention surrounding the treasures would make it more difficult to sell the stolen jewels.

The German police even offered 500,000 euros as a reward to anyone who could give information about the case.

Two of the men tried were convicted in 2020 of stealing a Canadian 100 kilogram gold coin dubbed the “big maple leaf” of the Bode Museum in Berlin in 2017.

The piece – estimated to be worth 3.75 million euros – has also not been recovered and authorities suspect it was likely cut into smaller pieces and sold.

The trial in Dresden is expected to continue until October.