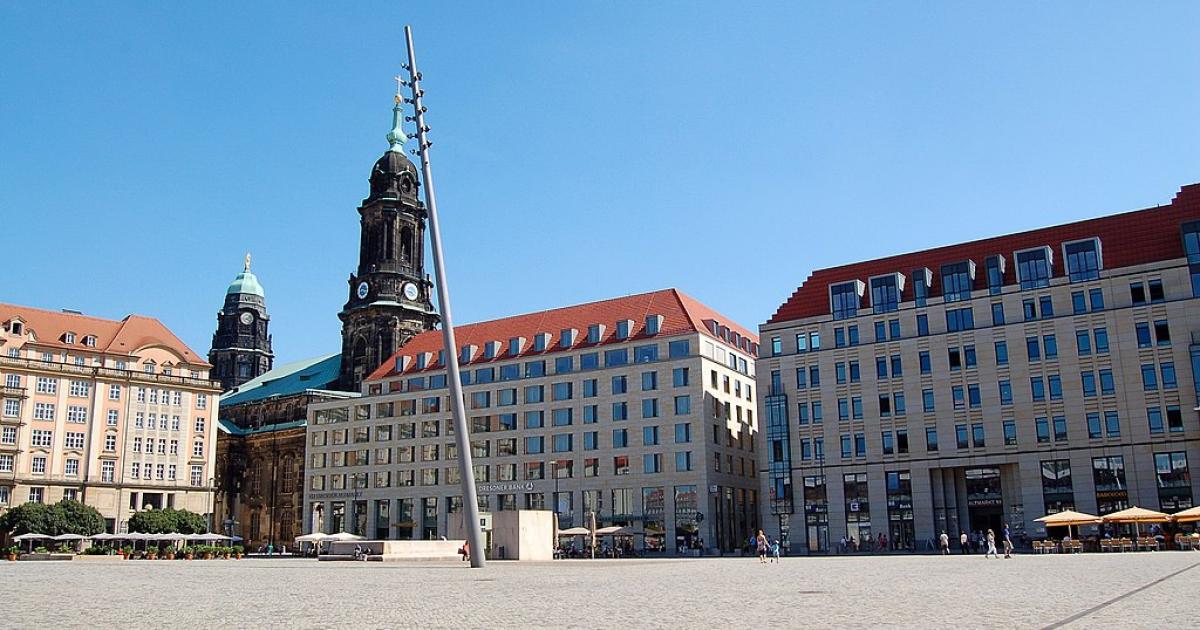 The German city of Dresden has announced that on Monday April 25 it will close the city’s central square, the Altmarkt, until 2023. According to a statement from the city, the idea behind the redevelopment is to make the square more accessible and introduce climate adaptation measures.

The redevelopment will cost the authorities around 11.1 million euros and will be carried out in two phases, one in 2022 and one in 2023.

The Altmarkt is home to Striezelmarkt, or what many consider to be the world’s first Christmas market, as it was established as early as 1434. Striezelmarkt is also one of the largest seasonal markets of its kind and attracts around 3 million visitors each year.

The news of the redevelopment, however, may seem somewhat daunting to some, as the last two editions of Striezelmarkt, in 2020 and 2021, have been canceled due to COVID-19. However, local authorities decided to briefly reopen the square after the first phase of redevelopment in early December. After that, the construction of phase 2 will start in mid-January.

At the same time, the city indicates that all shops and restaurants will be accessible during the renovations. This includes eating out and, in some cases, deliveries.

A cornerstone of the renovation plan is to extend supply and drain lines to the square, including water, waste and fiber optic capacities. At the same time, according to the city, the current cobblestone roadway makes the square very inaccessible to people with disabilities, especially those in wheelchairs. So they planned to repave the Altmarkt with smooth cut granite stone.

One of the biggest downsides to the Altmarkt in the summer is that it’s relatively open to the sun and lacks a sufficient layer of greenery, making it the perfect heat island. The city plans to change that by planting 20 trumpet trees.