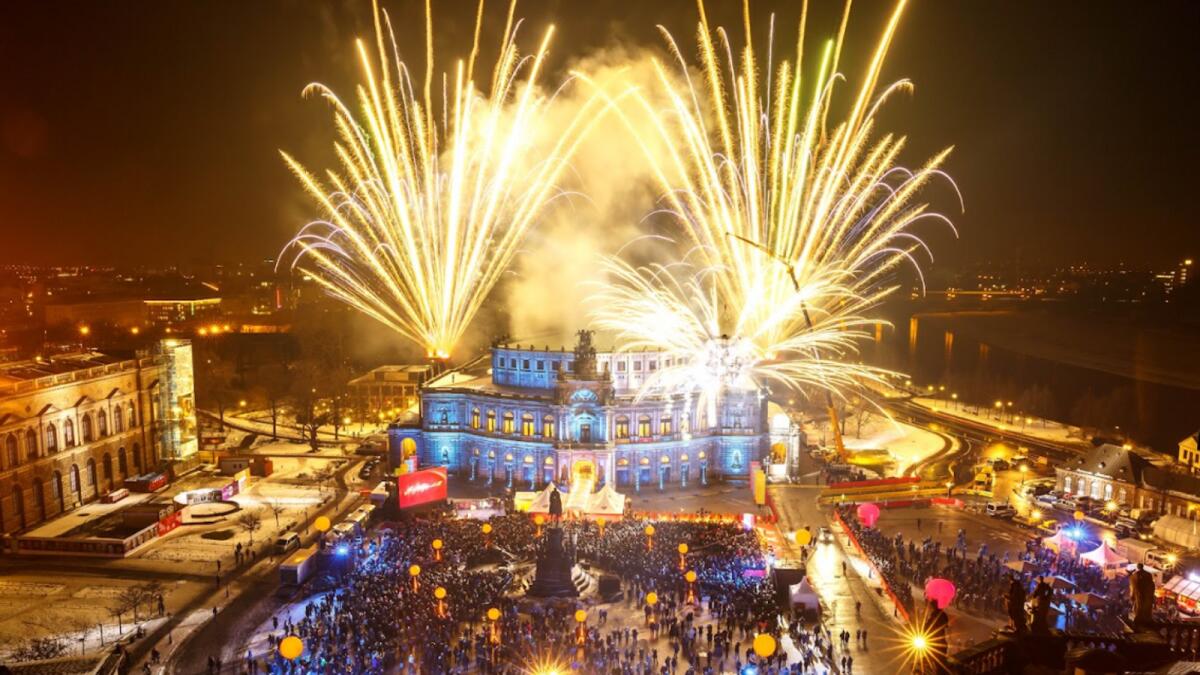 The gala is due to be held on March 14 and aims to build cultural bridges between Germany, Russia and the United Arab Emirates.

Classical music, world cultures, invited celebrities and a grand European ball. Dubai is unlikely to have seen anything like the Dresden Opera Ball, which will be held on March 14.

This historic cultural event seeks to unite global cultures through a fusion of music and dance.

Dubai Opera will host the gala based on the Semper Opera Ball, the largest classical entertainment event in the German-speaking world which debuted in 2006.

The last Dresden Opera Ball was held at the magnificent Catherine Palace in St. Petersburg, Russia. Now it’s Dubai’s turn to host this celebration of music, dance and sophistication.

The event is a tribute to the UAE’s year-long Golden Jubilee celebrations that culminated on December 2, 2021 and aims to inject a European flair into modern musical and artistic performances across the Arab world.

Khaleej times spoke with Hans-Joachim Frey, a German cultural manager; the President and Artistic Director of the Dresden Semper Opera Ball Association; he artistic director of Sirius Foundation, Talent and Success; and adviser to the General Director of the Bolshoi Theater in Moscow.

Here are some edited excerpts from the interview:

How did the Semper Opera Ball in Dresden come about?

Hans-Joachim Frey: The Dresden Semper Opera Ball is the biggest classical entertainment event in the German-speaking world and has become one of the most important balls in Europe. Last September, around 2,500 guests inside and up to 15,000 visitors in front of the famous Semper Opera House together celebrated a glittering ball night in St. Petersburg, amid stars, starlets and eminent guests from politics, business, culture and society. From the red carpet arrival to the grand opening gala and chic midnight concert, Semper’s final opera ball was broadcast live on German television for five hours, wowing audiences across Germany. and Europe with its program of high artistic quality.

In recent years, artists appearing at the Semper Opera Ball have included world famous stars like Yusif Eyvasov, Denis Matsuev, Diana Damrau, Aida Garifullina, Joyce DiDonato, José Carreras, Georg Zeppenfeld, Sonya Yoncheva, Julia Lezhneva, Vittoria Grigolo, René Pape, Jonas Kaufmann, Sergei Roldugin and newcomers to the classical music scene and renowned venue ensembles. The opening program brings together the best of the world of opera in a production that bridges genres and trends with its power and flair, because Dresden is where the world of classical music meets.

Each year, about a hundred ladies and gentlemen make their debut at the Semper Opera Ball in debutante uniform outfits designed for the occasion. The choreography, specially rehearsed for the Semper opera ball, is the festive highlight of the opening program.

This diverse cultural program is complemented by new compositions and innovative choreography created especially for the evening, guaranteeing entertainment for the discerning audience of the annual Semper Opera Ball, held annually in Dresden since 2006.

What makes the Dresden Opera Ball in St. Petersburg unique? When did it start?

Free: On August 31, 2019, the premiere of the Dresden Opera Ball took place in St. Petersburg with an excellent gala performance in the traditional Mikhailovsky Theater, before all the guests strolled through Arts Square to the nearby St. Petersburg Philharmonic to enjoy the spectacular opening of the ball. and a multi-course gala dinner. The great success of this German-Russian event, which was broadcast on television in both countries, created a great desire for a spectacular repeat and a new tradition was born.

The Dresden Opera Ball has found a great new venue with the famous Catherine the Great Palace in St. Petersburg. The former residence of the Tsar with its imposing palace complex and magnificent gilded halls provided the perfect atmosphere for an extraordinary ball night. The Dresden Opera Ball in St. Petersburg on September 4, 2021 was set up with the aim of supporting and expanding Russian-German relations. The event brings together twin cities – Dresden and St. Petersburg – making a significant contribution to improving the popularity of classical music and has a great impact on the development of international cultural cooperation. Visitors from both countries celebrate a fantastic ball night together in front of the palace with an outdoor stage, in all the golden halls and in the palace gardens with great fireworks.

The concept was introduced in Russia by me. My team and I in Dresden initiated and developed the biggest classical entertainment event in German-speaking countries: the Dresden Semper Opera Ball. My company, Dresden Opera Ball, aims to establish similar and awesome cultural events around the world, such as in St. Petersburg and the United Arab Emirates. We aim to build bridges between cultures and people.

How does the Dresden Opera create unforgettable shared experiences by bringing classic European ballroom culture into a luxurious Arabian setting?

Free: The Dresden Opera Ball in the United Arab Emirates will be a meeting of great cultural nations and an incomparable experience designed and staged by the creators of the famous Semper Opera Ball – a proposed project to support and expand German ties , Europeans, Russians and Arabs. The Dresden Opera Ball builds bridges by implementing classic European ball culture in the luxurious and splendid atmosphere of the United Arab Emirates.

The Dresden Opera Ball is dedicated to the 50th anniversary of diplomatic relations between Germany and the United Arab Emirates.

The Dresden Opera Ball brings leading European and Russian artists to the United Arab Emirates for a spectacular multicultural experience featuring top talent to celebrate German, European, Russian and Arab culture in one room on March 14 . The Dresden Opera Ball in the UAE welcomes tourists and residents interested in cultural bridges and classic entertainment to celebrate a unique premium event.

Who will perform at the Dresden Opera Ball?

How were the responses to the upcoming event?

Free: Ticket sales started in Dubai on December 6 and the response was overwhelming. We are also expecting several visitors from Germany and Russia. We are working in close coordination with the German government to make this event a gala success as we celebrate the UAE’s Golden Jubilee and the young nation’s youthful and friendly ties with Germany.