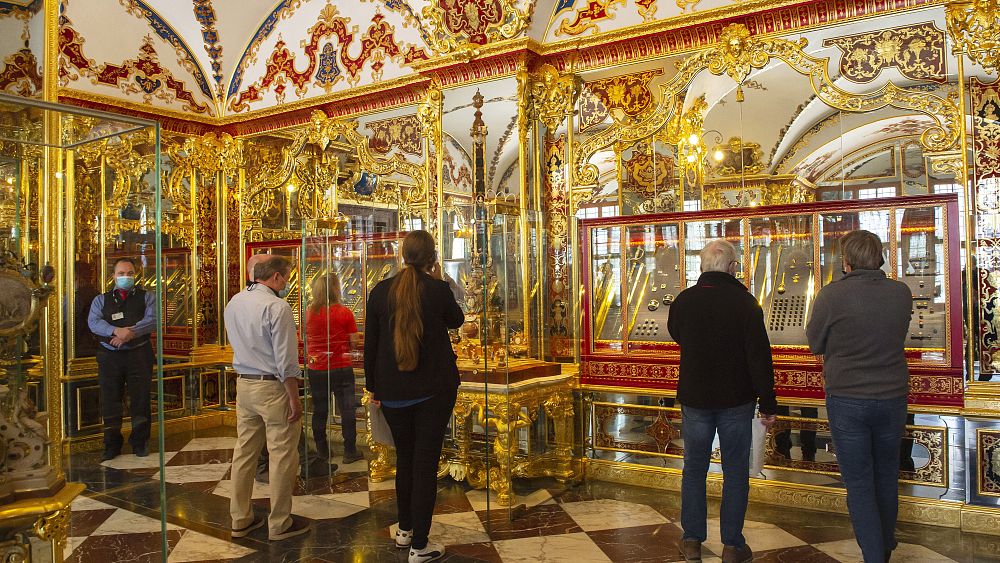 Six men will go on trial next year for a spectacular €1 million heist that took place in Dresden, Germany.

The men, all German citizens, are accused of stealing an 18th century jewelry collection from Dresden’s notorious Green Vault Museum in 2019.

The trial will open on January 28 and the men, aged 22 to 28, are charged with organized gang robbery and arson.

Prosecutors say the break at the museum in the eastern German city took place on November 25.

The court will hear how, to cover up their break-in, the alleged thieves started a fire that knocked out power to streetlights outside the museum in the eastern German city.

The men then sawed off iron bars to enter the showroom. CCTV showed two of the burglars entering the museum with torches looking for valuables to snatch.

The gang is also accused of lighting a vehicle in a nearby garage before fleeing to Berlin.

The Green Vault is one of the oldest museums in the world. It was created in 1723 and contains the treasury of Augustus the Strong of Saxony, comprising around 4,000 objects made of gold, precious stones and other materials.

What was stolen in the Green Vault robbery?

21 jewels, containing more than 4,300 diamonds, were stolen in all.

Items taken include diamond, sapphire, ruby ​​and emerald jewelry, jeweled buttons and cufflinks, and a sword with nearly 800 diamonds set in the hilt and hilt.

Among the items of particular historical significance that were taken away were a set of jewelery that once belonged to a queen of Saxony and a diamond-encrusted medal that belonged to Augustus the Strong, former king of Poland.

The most valuable piece stolen in the robbery was the famous 49-carat Dresden white diamond from India.

“There is nowhere, in any other collection in Europe, jewelry or adornments that have been preserved in this form and quality and quantity like these royal adornments,” said Dirk Syndram, director of the Green Vault after the robbery. .

When the museum reopened in May 2020, the display cases containing the stolen goods had remained empty.

Estimates of the value of the stolen loot vary, with AP reporting that the stolen items are worth €113.8 million, but German outlet DW claims the amount is over €1 billion.

The missing treasures have so far not been found and experts fear they have been demolished to be sold.