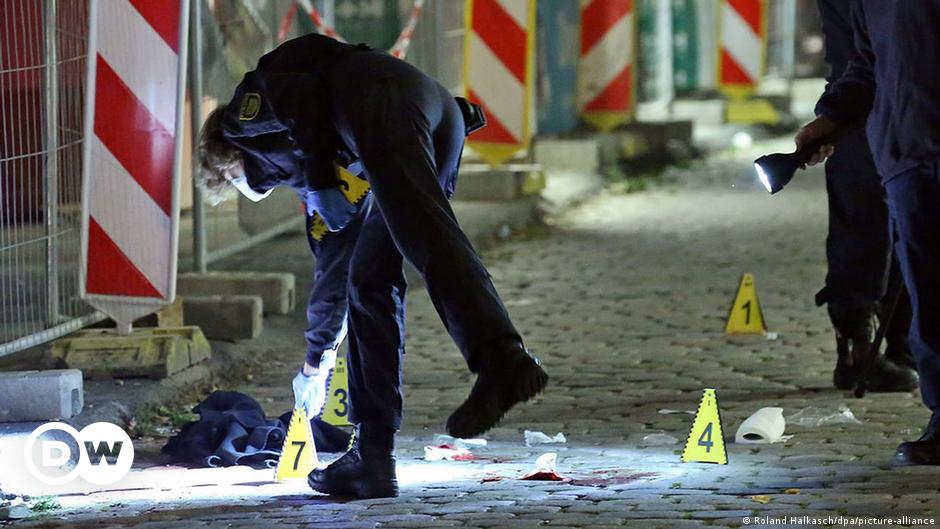 A 21-year-old Syrian man was convicted of murder on Friday, seven months after a fatal stabbing attack on a gay couple.

A court in the city of Dresden, in eastern Germany, sentenced him to life in prison.

The man, identified as Abdullah A. under German privacy regulations, has been classified as an Islamist threat by investigators.

He attacked two German men in October 2020, killing a 55-year-old man and seriously injuring his 53-year-old partner. Prosecutors said he was motivated by religiously-inspired homophobia.

Prosecutors had asked for the maximum sentence with a determination of the particular severity of guilt.

The defense team had argued that he should be treated under the more lenient juvenile criminal law.

How did the crime unfold?

The men, both from the German state of North Rhine-Westphalia, were on an e-bike holiday in Dresden. They had been together for over eight years and hoped to move in together after their trip.

The offender had just been released from juvenile detention for a 2018 conviction for promoting the Islamic State (IS) terror network and conspiring to attack.

Upon his release, he acquired two brand new kitchen knives from a supermarket. Carrying them in his backpack, he would have been on a mission to “kill infidels”. Half an hour later, he would have found his targets.

“Suddenly there was a bang, complete surprise, in the back,” the surviving victim told investigators. What followed was blurry. “I don’t remember anything and, to be honest, I’m glad I don’t know.”

The attacker said he was motivated by the victim’s sexuality. He said the couple were committing a “grave sin” and wanted to punish them with death.

Could the crime have been avoided?

During the nine-day trial, the court heard from around 20 witnesses, including a tearful young woman who saw the attack from a nearby cafe, and the police officer who dealt with the victims.

His lawyers said prison authorities left him to become radicalized, not giving him religious counseling and leaving him in isolation.

Prior to his release, he had been considered a high-risk offender, prompting victims’ families to wonder if the crime could have been prevented.