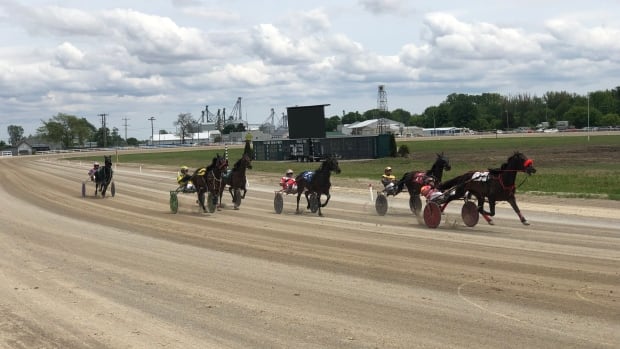 Horses, jockeys and fans were welcomed to the track on Monday as Dresden Raceway kicked off its 2022 racing season.

Seven races took place on Monday, and while some races were held in person in 2021, this year marks the circuit’s first full season since the COVID-19 pandemic began.

“I’m thrilled to have the first full season back,” said Darrin Canniff, mayor of Chatham-Kent, who raced in Monday’s races. “It’s an amazing setup here.”

Julien Robinson, who grew up in Dresden, has been coming to the races for decades.

“It’s just something that has always been part of a child’s summer memories growing up here in Dresden,” he said. “That has certainly changed over the years.”

Robinson said the 2021 season has been difficult due to the lack of races.

But, he said, Monday was “the same feeling” as in previous years.

“You come back to the track those first days it was open, and you still smell that Dresden Raceway smell,” Robinson said. “It’s all up to you. »

The track is a “big thing” for the community, he said.

“It’s something you can do with your family,” he said. “You don’t have to come and spend a lot of money, it’s just a great atmosphere.”

“We’ve been racing here live at this location since the 60s, but we’ve been racing in Dresden for over 100 years,” he said. “Opening day at Dresden Raceway is always a big thing.”

Patterson said fans were not allowed to watch races in Dresden for most of the 2021 season due to the pandemic, although some were allowed in for the final races.

But Ontario’s horse racing industry faces some challenges, Patterson said, with a shortage of horses in the province.

“The horse shortage has been back since about 2012,” he said, adding that it was caused by the provincial cancellation of a planned slot machine revenue-sharing program.

“A lot of people left the company,” Patterson said.

The horse shortage, coupled with the number of other races taking place on Monday, affected opening day in Dresden, forcing a reduction in the number of races held to seven.

This season will feature 11 days of racing in Dresden, with events continuing through August, Patterson said.