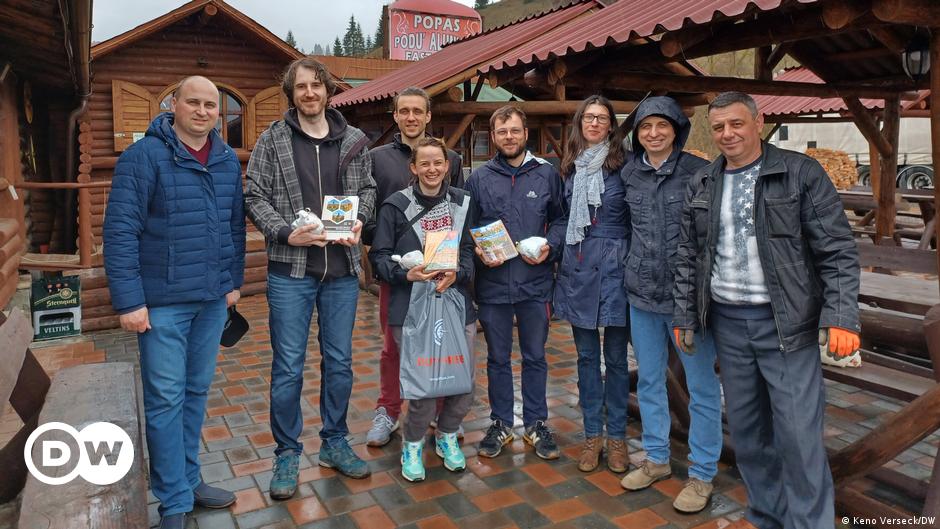 On a cold spring morning, a small truck passed the almost deserted Ukrainian-Romanian border. During the day, hundreds of cars often line up on both sides. But that morning, just before eight o’clock, there was hardly any traffic.

A sign of the Red Cross is visible behind the windshield, a Ukrainian flag and the words “Humanitarian aid”. Oksana, Serhij, Wassyl and Vitalij showed Romanian border guards their passports as well as Ukrainian government documents identifying them as aid workers. They were quickly greeted.

This little truck transports the goods

A few hundred meters away, in Romania, a man and his daughter were waiting for the truck. They live in a nearby town and met Oksana and Serhij a few weeks earlier during a rescue transport. Now they always bring a few boxes of donations each time the truck crosses the border again. That day they had a bag of potatoes, oil, canned food, pasta and detergent. After a sincere thank you and a quick hug, the truck continued its journey.

Oksana Matijtschuk, Serhij Lukanjuk and their two companions, Wassyl Samaschko and Witalij Kindserskyj come from the Ukrainian town of Czernowitz, 40 kilometers (24 miles) north of the Romanian border. This particular trip took them to the Romanian town of Vatra Dornei, a two and a half hour drive southwest of the border. They had planned to meet a group of young people from Dresden driving two minibuses with donations from Germany. Once the boxes were transferred to the truck, the Ukrainians had to return to Ukraine.

Chernivtsi, the former capital of the historical region of Bukovina, is an economic center in southwestern Ukraine with a population of 250,000. It was not attacked or bombed, which is why tens of thousands of people fled there from other parts of Ukraine. This makes it an important interface for humanitarian aid supplies from abroad, which are channeled to war zones in northern, eastern and southern Ukraine.

Since the beginning of the Russian war against Ukraine, their daily life on campus has changed radically. Whenever they can, they cross the Romanian border to collect food and in-kind donations for Ukraine, sometimes several times a week. They are part of a large network of volunteers in Chernivtsi that receives, distributes and forwards donations. 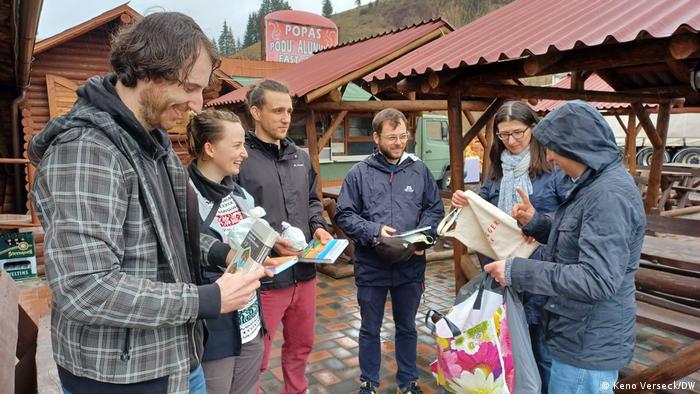 A short break and a conversation before continuing the journey

On the road through the mountains of northern Romania, Oksana and Serhij told DW that almost all donations from Germany and Romania are arranged through personal contacts, mostly through the university.

“On the first day of the war, we received a lot of messages of solidarity and offers of help from our German partners and colleagues,” says Oksana Matijtschuk, adding that aid transports started arriving in Chernivtsi two weeks later.

In Romania, colleagues from the university in the city of Suceava, in northern Romania, near the Ukrainian border, are particularly active, explains Serhij Lukanjuk. “What is special about our work with humanitarian aid is that we organize everything through personal contacts in Ukrainian universities, but also between acquaintances and friends, and know exactly what is needed and where,” says Lukanjuk, emphasizing that the donations really make sense, and they are distributed quickly.

Helena, Joshua, Simon and Stefan, all from Dresden and in their mid-20s, were waiting at a rest stop near the small northern Romanian town of Vatra Dornei. Two have already made the trip to northern Romania before. Everyone hugged before loading baby food, flour, oil, pasta, canned food, detergent, soap and other hygiene items into the Ukrainian truck. The German volunteers also brought clothes, a chainsaw, an ultrasound machine, a laptop computer and a small 3D printer, useful for printing tourniquets, a device to prevent an injured arm or leg from bleeding.

Joshua Peaceman co-initiated the donation campaign. “When the war started, I wanted to do more than just protest, but my friends and I also didn’t want to leave and risk being stuck at the border with things that weren’t necessary,” says Joshua, an expert in computer science. whose mother works at a German partner university in Chernivtsi and knows Oksana and Serhij. “We contacted Oksana and Serhij, they told us what we needed, so we collected donations privately and bought the things.” 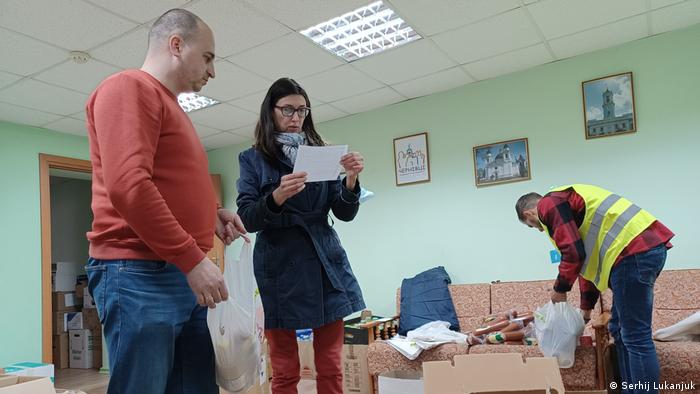 The city of Chernivtsi is grateful for the aid deliveries. The city has so far been spared the bombardment, but war has come anyway, Mayor Roman Klitschuk told DW in a video call, adding that the city is currently home to some 60,000 displaced people in the interior of the country. “Most of the humanitarian aid that arrives here is sent to the frontline areas, but we also need food, clothing and medicine for the refugees here,” Klitschuk said.

As grateful as the mayor was for the donations, especially from Germany, he criticized German politicians, arguing that “many haven’t really understood what this war is yet.”

“This is not just a war of Russians against Ukrainians, but a war of values,” he argued, adding that if the evil is not stopped in Ukraine, it will spread to other countries Europeans.

“I hope the Germans get it before it’s too late,” he said. 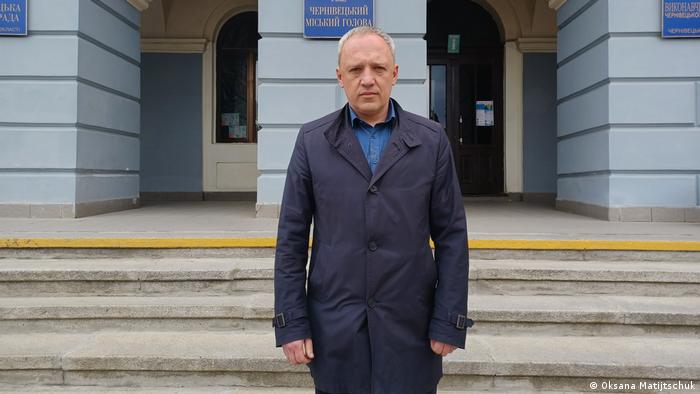 Chernivtsi Mayor Roman Klitschuk is grateful for the support

Sitting at a restaurant in the rest area near Vatra Dornei before heading back to Dresden or Chernivtsi, the German volunteers have a similar point of view. “German politicians would say, we don’t want to provoke Putin,” says Joshua Peaceman, adding that now the world knows “what he will do if you don’t provoke him”.

“German politicians are now saying they got Putin wrong – but after what he did in Chechnya, Georgia and Syria, people could have known everything he is doing now in our country,” says Oksana Matijtschuk, wondering where the Kremlin experts were. at the time, and how they could have been so seriously wrong.

“I think German civil society is one step ahead of German politicians when it comes to Ukraine, and they are much more active,” says Serhij Lukanyuk, thanking the Dresden volunteers. “You are part of it, and we thank you for it.”

This article has been translated from German.