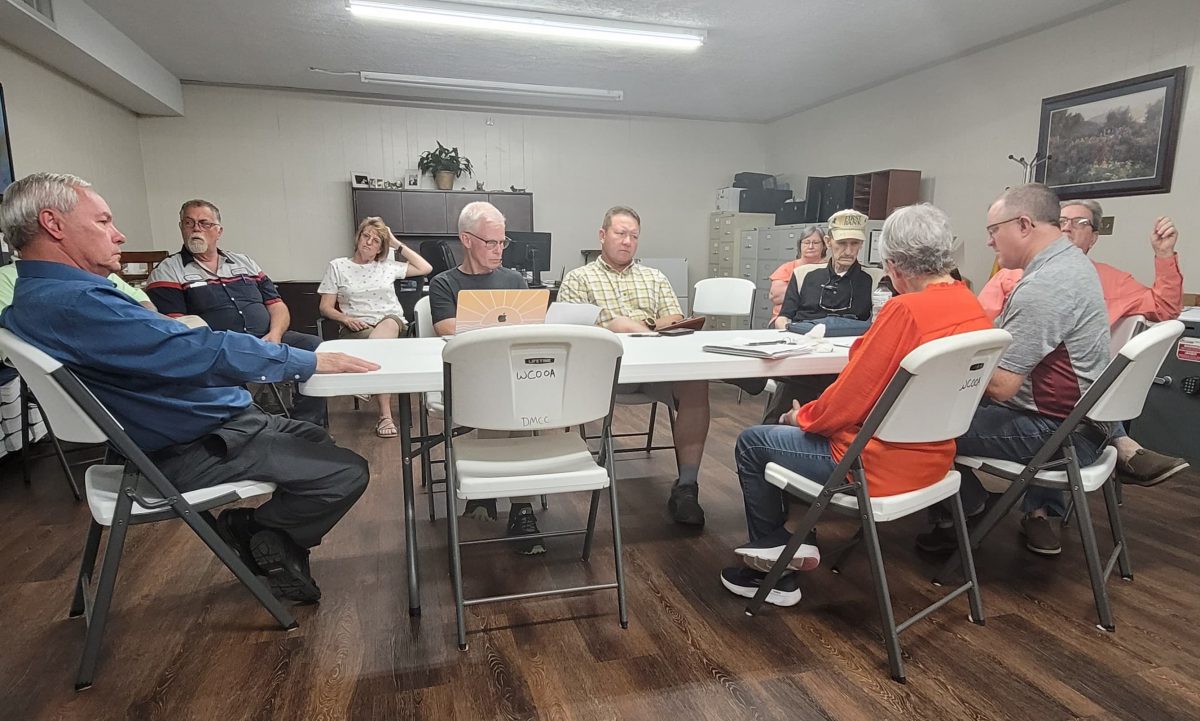 Dresden’s Mayor and Alderman’s Council met in special session to discuss issues the city’s building inspector, David Kelly, was having with the Dresden 4×4 storage units being built on East Main Street. Owners of the property, Jackie and Terri Lamb had come before council before asking for a certificate of occupancy because they felt the units were ready to operate, but council wanted to contact Kelly and set up a special meeting to get all information before proceeding. .

Jackie said the opening of the storage buildings rental was blocked by Kelly because it had not passed inspection, even though the contracting company that poured the foundation, Cole Builder’s, was willing to put its guarantee behind them. Jackie said they had completed all of the inspector’s requirements, but Kelly still refused to sign them.

Kelly said his problem was that the foundation was never inspected and he was never called to inspect. Kelly said he looked at the property last month and “I could see the footing was not as it was supposed to be according to the plan they submitted.” Several things were suggested to make this bedding okay, including getting a stabilizer system and another option was to dig down the side and pour concrete underneath, but Kelly hadn’t heard of that. them. “I offered that as soon as they stabilized and secured the footings under the structure to code, I could give them a temporary occupancy certificate for those areas.”

Cole Builder’s said many issues were not mentioned by Kelly beforehand, but Kelly responded that contractors should know state codes. They assured the slab wouldn’t fail and could warrant it for a year, but Kelly said the code said it should be warranted for ten years, which they said they could warrant it for, but Kelly said said he still couldn’t put his name behind it because it wasn’t up to code. Kelly also said the code manual says the board cannot make legal decisions about code deviations.

Washburn said the council asked Kelly to come to the meeting to discuss the matter and that they had had issues in the past with Kelly due to Kelly working full-time in Shelby County in as a building inspector and could not come out on weekday afternoons or Saturdays. He said: ‘I believe you have to make yourself available if you want to be our building inspector to be here and let people know what is expected of them and do an inspection on the day these things happen. It could have been avoided before they started pouring that concrete from the truck that day if you had been available that day.

Kelly said no one called him for an inspection or else he would have been available and he was only looking out for the interest of Mr Lambs and the public that the building was up to code. Mr. Lamb asked if he could be released from representing Kelly, but Kelly said he could not.

Mrs. Lamb said, “If we move him out of town, you’re out of the game, are you?” If I move these storage buildings into the county it no longer applies, is that correct? »

Klutts said that she or any of the aldermen do not want Dresden 4×4 to leave Dresden and want to find a way to find a solution to the problem.

After more discussion, Cole Builder’s decided to dig under the sole and leave it exposed for Kelly to inspect on Friday, May 13 to see if it would pass code. This way Kelly can do the measurements and inspection.

Klutts reassured the Lambs that the council wanted them to receive a certificate of occupancy as soon as possible and that they planned to stay on the matter until the issue was fully resolved.