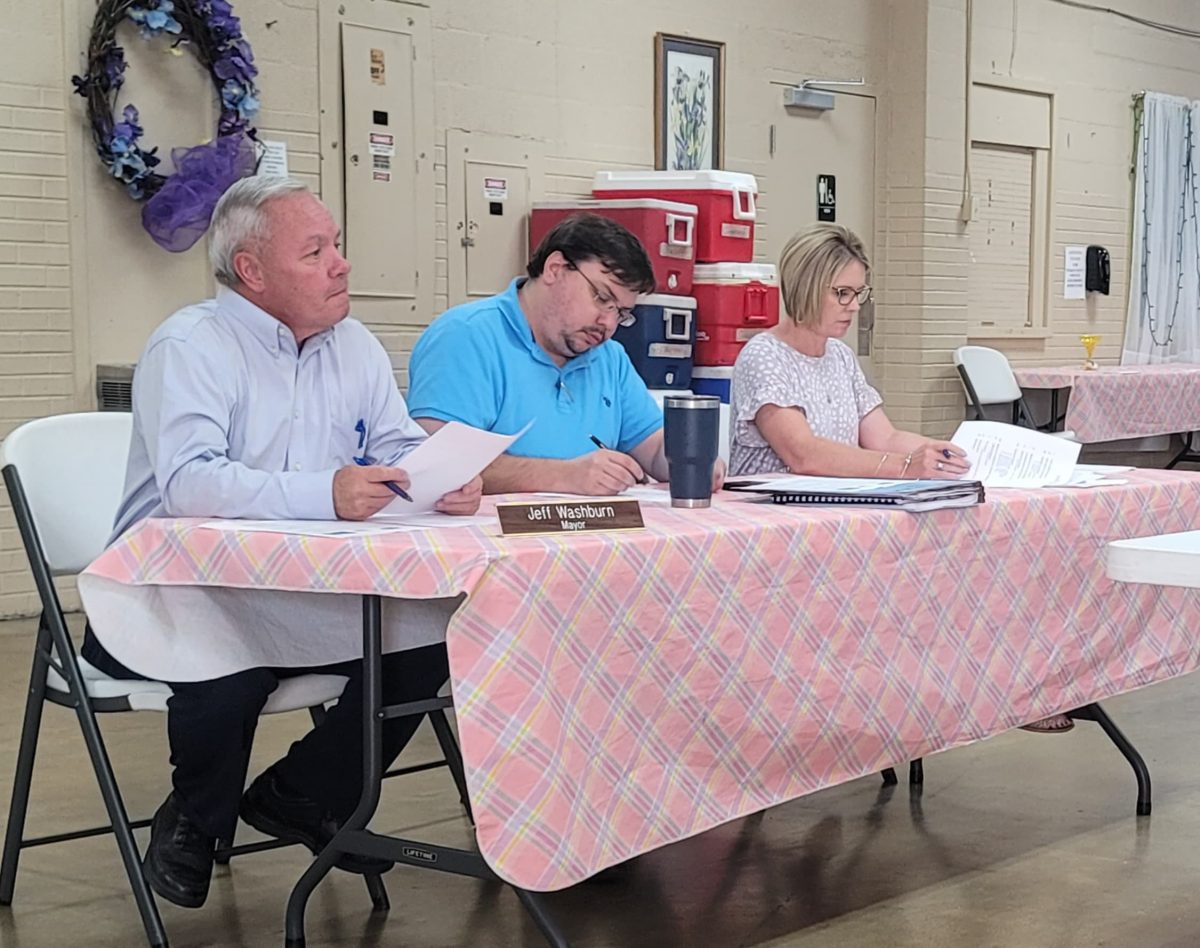 Tony Winstead, owner of the property on the court square in Dresden which was previously Majestic House, hired solicitor Langdon Unger to solve the problem of his property being demolished without his permission.

In a letter from Unger to City Archivist Jennifer Branscum, Unger said, “I have been contacted by Tony and Inju Winstead regarding the demolition and cleanup of the aforementioned property. For various reasons, they take the position that they owe the city of Dresden nothing for this. The Winsteads informed me that they had never agreed to this demolition and that in fact they could have the work done for a fraction of what was going to be charged by the city of Dresden. Additionally, they lost a significant amount of personal property due to the demolition.

Washburn said at the August 1 city council meetingst that he had been in contact with Mr. Winstead who had advised him to contact his daughter. Washburn said he contacted his daughter, Tiana, and she asked Washburn to send her the documents he was referring to regarding the purchase of a property Winstead owns behind where his building was that the city wants to acquire. . Washburn said he told Mr Winstead he would recommend to the board that ‘we would forgive him his billing for the demolition of the hotel if he were so inclined to turn that property over to us’.

Washburn informed council that the town had received a letter from Mr. Winstead’s solicitor regarding the demolition of his property. “I would say that’s one way he wouldn’t have to do that with this offer. The city administration is definitely willing to contact him and go back and forth with offers and counter-offers and bring them to council for council consideration.

Washburn said Mr Winstead’s demolition was “approximately $24,000.00”. Washburn said there was also a dispute over what those amounts should be from Dickey Hutcherson, Keely Wilson Nanney and Tony Winstead. The dispute is that the total amount of $129,000.00 should have included the city sidewalks, which would have made the total amount after being divided by the owners a lower amount. “I think they have a good point. My personal opinion is that they should include sidewalks.

It was also noted that there was a cap on the amounts billed to each owner which could not exceed $25,000.00 by the contractor as they did not have a current contract license and would not be able to demolish anything over that amount. The amount for Mr Winstead’s property was said to have exceeded that amount by 25,000 and was lowered to match that.

The council voted unanimously to recalculate the square footage of the entire block that was demolished.

Mayoral candidate Mike Vernon, who is Mr Winstead’s nephew, addressed the council and said: ‘I know I was sitting here calculating property prices and what they should and shouldn’t should not be, but Mr. Winstead does not believe that the amount given to him to pay is due and that he could have obtained it cheaper elsewhere. Vernon went on to say that all matters from now on should go through Unger, but that part of the land that the city was interested in he was willing to sell to the city.

Washburn said they would be happy to speak with his attorney. “We will communicate with Mr. Unger regarding what we could do to settle the acquisition of this land that we wish to acquire.”

The press spoke with Mr. Winstead about the property and whether he would be willing to turn that property over to the city of Dresden in exchange for not paying the demolition costs and Winstead replied that the answer was: “No. I could probably be willing to sell it but I don’t owe them the money for the demolition and I told him that in writing and even got a lawyer to write him a letter – so if I don’t owe this, why would I do it? Am I giving this property in exchange for his debt forgiveness? »

Winstead said he was also unaware that the contractor who demolished the property was not a licensed contractor. “That’s the very reason why he [Washburn] wouldn’t allow local contractors to bid that’s because the contract was over 25,000 and the local contractors I know had a cap of 25,000 or at least that’s what they told me said.

Winstead said a local contractor he had in line to demolish the building said he would do it for $9,000.00. Winstead went on to say that if all the other buildings, which were smaller than his building, other than the town hall, were demolished at $5,000.00 each using local contractors, that would come to $39,000.00. $ – where does the remaining $90,000.00 come from? Winstead said he doesn’t understand the price that has come into play for all the buildings being demolished at the price the city says it was torn down.

Both Winstead and Vernon said that at FEMA meetings, a FEMA representative said they would not release the money for rebuilding City Hall until the city owns the property and that the city would have everything under control.

Winstead said one thing that troubled him was that “it cost $129,000.00 to tear it all down and it [Washburn] didn’t even finish everything he said he would do. It’s supposed to remove all the sole, concrete and asphalt and it’s still there.

Winstead said he wasn’t trying to be uncooperative because he wanted to see the city rebuild, but he said all he saw was poor planning or no planning at all. “It makes me not want to get involved until I see something happen.”

Mayor says he received an allegation of attempted voter fraud in Dresden, Tennessee |…