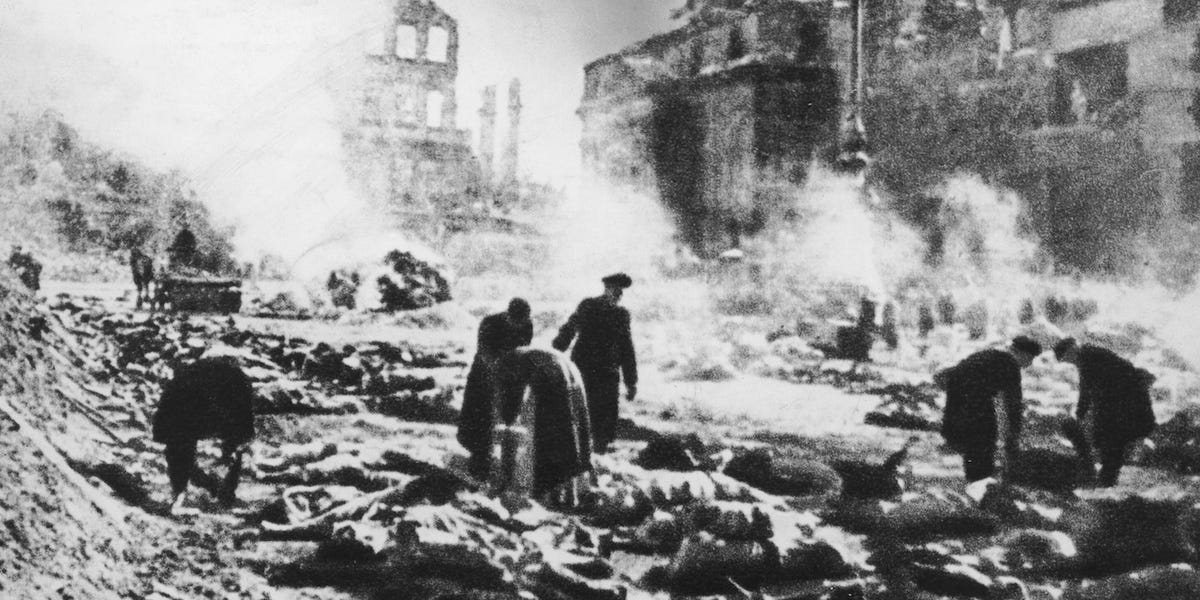 World War II was over three years old when Winston Churchill, Franklin Roosevelt and other Allied leaders met in Casablanca in January 1943, but the decisions made there would shape the rest of the war in Europe.

During the conference, the Allied leaders agreed on a policy of unconditional surrender and agreed on a strategic bombing plan to bring the Axis to its knees.

Read more: How it was in the room when Nazi Germany finally surrendered to end WWII in Europe

For the United States, the bombings would focus on daytime raids against strategically valuable targets – factories, ports, military bases and other infrastructure involved in the war effort. For the British, who had suffered in the Battle of Britain and the Blitz, the air war would target German cities with night raids.

Over the next few months, many German cities would crumble under the onslaught, but perhaps the most heinous destruction took place in Dresden, a historic city in southeastern Germany.

Dresden had avoided the destruction inflicted on major urban centers like Berlin and Hamburg. But on February 13, 14 and 15, 1945, more than 1,200 British and American heavy bombers dropped nearly 4,000 tons of explosive and incendiary bombs on the city.

The intensity of the bombardments devastated the historic center of the city. The blaze that raged during the bombardment caused the superheated air to rise with such force that it created a vacuum on the ground, ripping trees from the ground, sucking people into the fires and suffocating those who had spared flames.

Read more: How Soviet troops mocked the Nazis on their final drive to Berlin in WWII

About 25,000 people were killed, including many civilians and refugees, and more than 75,000 buildings were destroyed. The scale and ferocity of the bombardment, so late in the war, led many to believe that the attack was a war crime.

Below you can see some of the devastation caused by Allied forces 74 years ago: