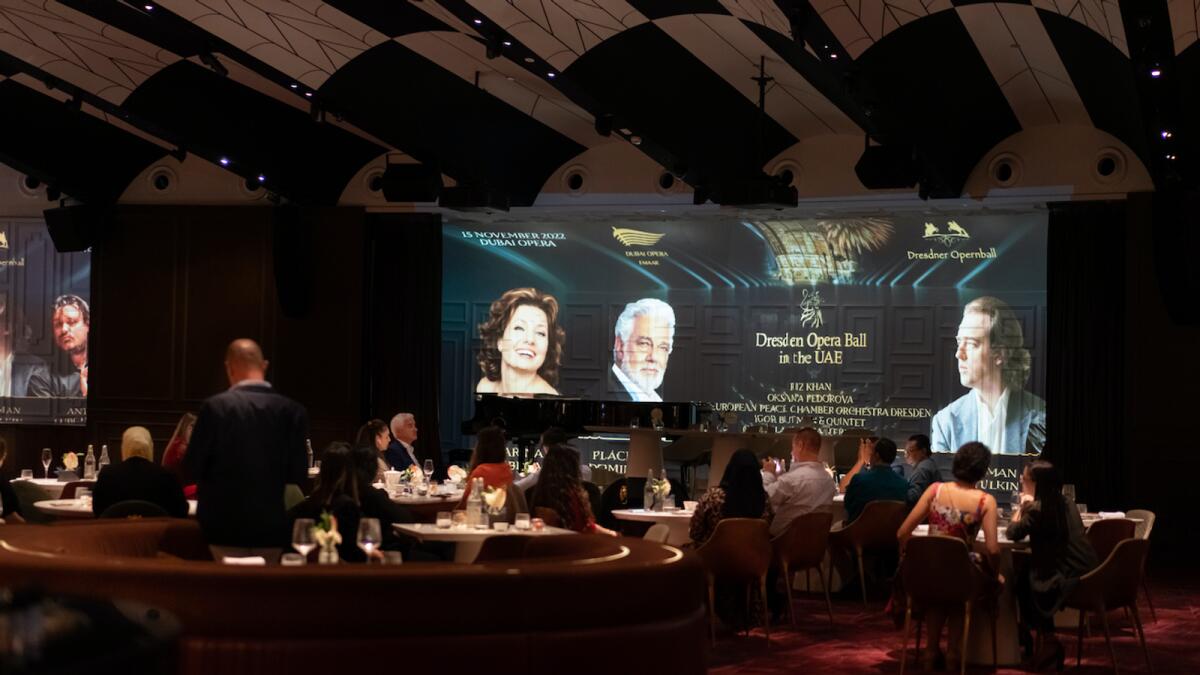 The Spaniard Plácido Domingo, an integral part of the Three Tenors, a lyrical singing group of the 1990s and the beginning of the new millennium composed of his compatriot José Carreras and the Italian Luciano Pavarotti until the latter’s death in 2007, will perform at the inaugural Dresden Semper Opera Ball at Dubai Opera on November 15.

Previously, Domingo, considered the “King of Opera”, thrilled the crowd at the inauguration of the Dubai Opera in 2016.

Around 30 European debutant couples will also perform a choreographed dance presentation as part of the extravaganza, in keeping with glorious tradition, where ladies in dramatic dresses and gents in elegant tuxedos will take over the stage.

The glamorous event is presented by M Premiere, which is founded by Evgeniy Morozov, a Belarusian classical violinist turned impressionist and Dubai resident veteran Evgeniy Morozov more than 15 years ago, and Opernball Dresden, the largest entertainment event classic from the German-speaking world that made its debut in 2006 in Dresden, Germany.

Hans Joachim Frey, general manager of the Dresden Semper Opera Ball, discusses the importance of the event. “The main message is to establish an international cultural bridge between Germany, the Arab world, the United Arab Emirates and the European world. Culture brings people together and Dubai is a center for that and we are very happy to be here,” he says.

Morozov, who organizes the international music festival PaRus every year – the sixth edition will be held at the Burj Arab hotel from November 1 to 6 – insisted on insuring the shows, regardless of the premium. “It helps insure the future against potential losses and trade flops,” he says.

Dresden Semper Opera Ball is an ode to the unifying power of Dubai that creates a natural platform for an event, which seeks to connect cultural and artistic icons from the European and Arab worlds.

Mariam bint Mohammed Saeed Hareb Almheiri, Minister of Climate Change and Environment of the United Arab Emirates, is among the dignitaries expected to grace the occasion.

Hikmat Al Kaitoob, an international businesswoman and global philanthropist, has been named the official representative for the evening’s festivities.

Leading broadcaster and author Riz Khan will moderate the proceedings, which will be moderated by former Russian Miss Universe Oksana Fedorova.