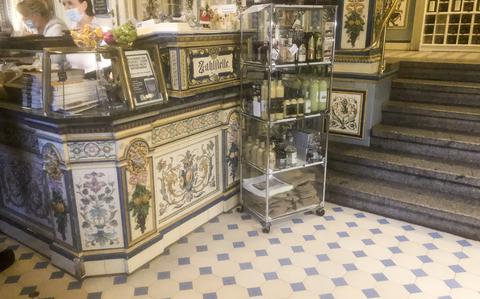 Driving through Dresden on a gray winter day made me feel dismal.

But when I visited “the most beautiful dairy in the world”, things cleared up.

The Pfunds Molkerei is like an ornate palace that sells cheese, among other things. Its walls are covered in hand-painted porcelain tiles with floral accents and gilt moldings, adorned with images of angels, mythical beasts and cows. Chandeliers hang above the cheese counter.

Tourists, who number in the thousands in normal years, wander through the shop, partly to buy fine cheeses and bottles of wine but mostly to admire the decor, the beauty of which has become famous.

That the cheese dairy still exists is a miracle. Built in 1892 by the Pfund brothers, it survived American and British firebombing during World War II that killed an estimated 25,000 people.

The attack destroyed the city’s famously magnificent architecture, which was replaced by Soviet dwellings: imposing, impersonal and so boxy.

Some 35 other cheese factories owned by the Pfund brothers were destroyed in the firebombing, according to a history posted on the company’s website.

Local cheeses, chocolates and wines are for sale. Shoppers can also purchase gift baskets with soaps and jams as well as tourist items, such as mugs and hand-painted tiles like those on the walls. 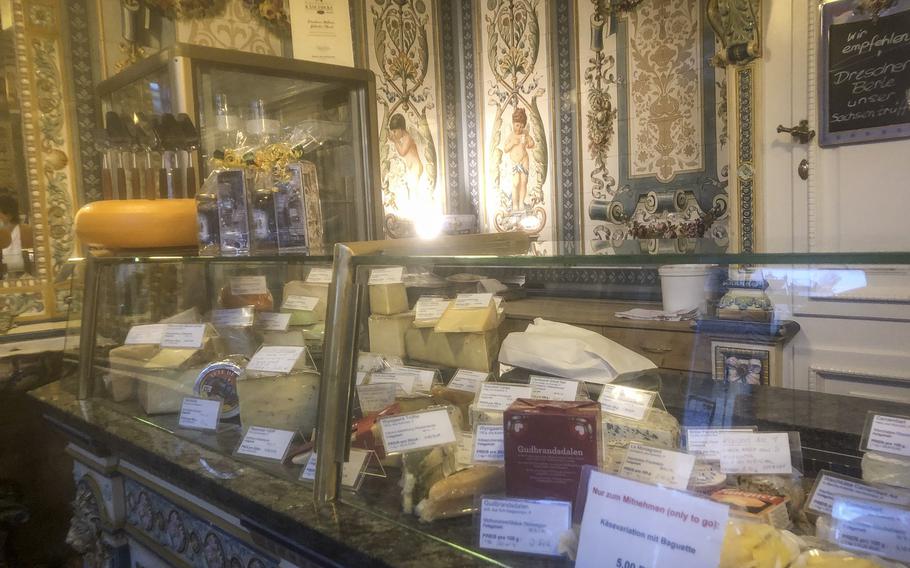 Pfunds Molkerei items include local cheeses and wines, as well as jams and cups. (JP Lawrence/Stars and Stripes) 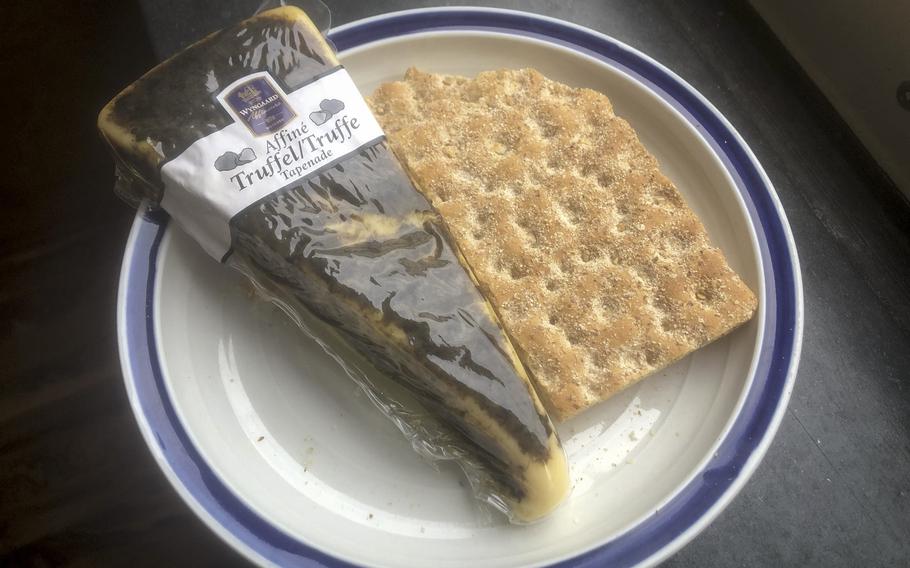 An infused truffle tapinade was available at Pfunds Molkerei. (JP Lawrence/Stars and Stripes)

In a corner by the window, a ceramic cow, hand-painted in garlands of green leaves and orange flowers, puffs for eternity, frozen in mid-moo. It costs 18.90 euros. 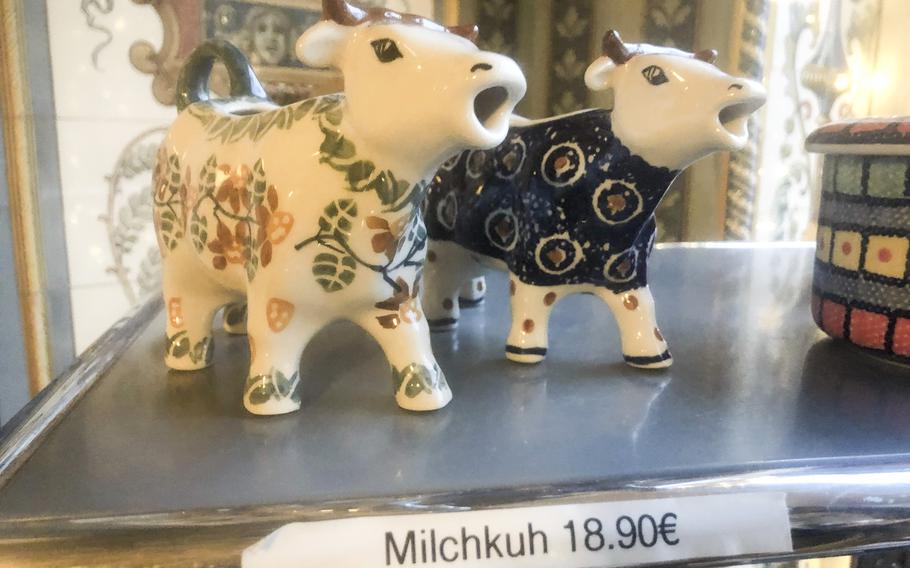 A ceramic milk cow is for sale in the gift section of Pfunds Molkerei in Dresden, Germany. (JP Lawrence/Stars and Stripes)

The shop’s kitsch is juxtaposed with its regal luxury aesthetic, and also the fact that people buy cheese there, a food whose most notable fans are mice.

The store, formerly known as Dresdner Molkerei Gebrueder Pfund, is near Dresden’s city center, a morning’s drive from the Grafenwoehr training area.

Many years before, I had read about the destruction of Dresden by the “good guys” during WWII, as told in Kurt Vonnegut’s book “Slaughterhouse-Five”. After my visit, the destruction didn’t seem so abstract anymore.

Dresden rebuilt, however, and preserved what survived. The dairy was restored decades later, after the reunification of Germany.

As I left Pfunds Molkerei, I noticed that even the paper bag that came with my purchase contained elaborate baroque art. 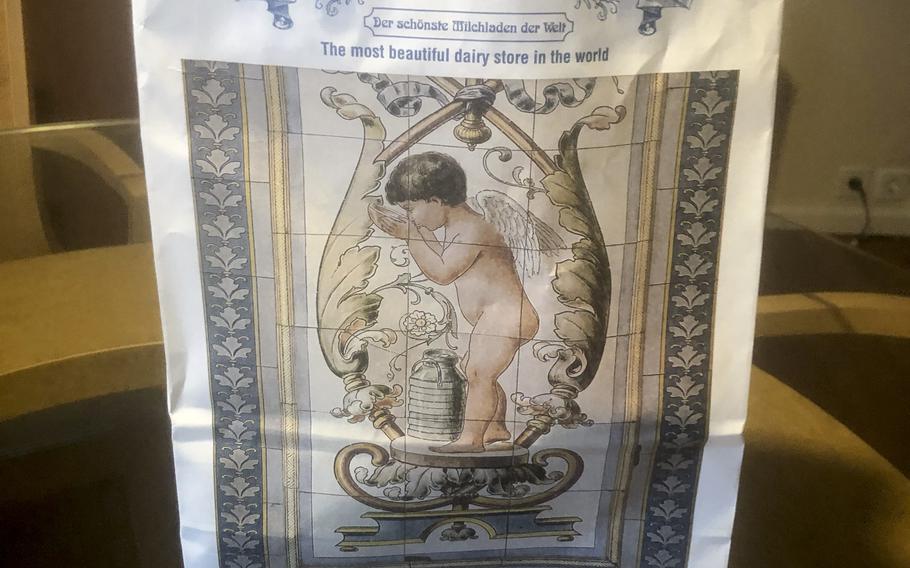 The shopping bag given to Pfunds Molkerei customers features similar artwork to those found in the store. (JP Lawrence/Stars and Stripes)

This realization has added to my appreciation for those who try to make their little part of the world – even a dairy store – a little more beautiful. 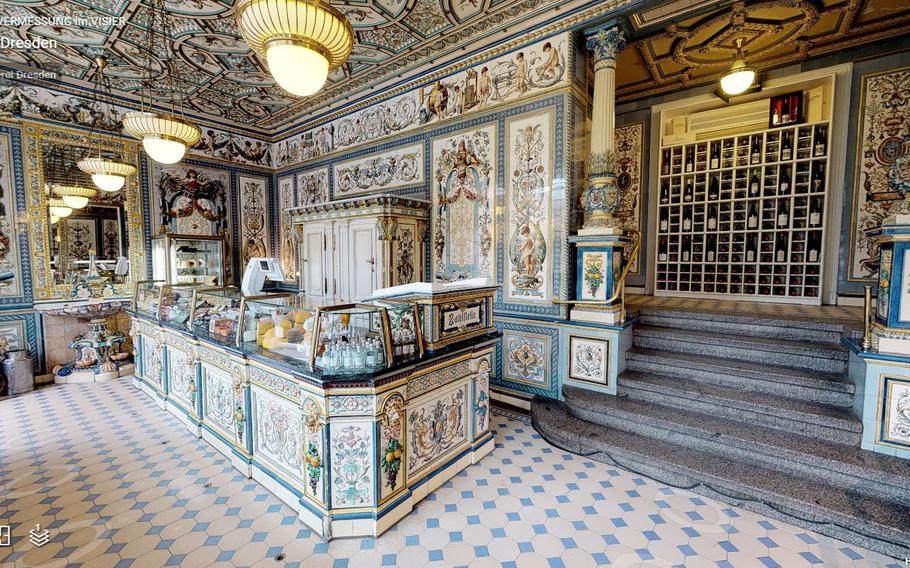 Address: Bautznerstrasse 79, Dresden, Germany. Public parking available on two nearby lots and a garage. Accessible by tram from the city center via the Plusnitzerstrasse stop.

Cost: Free entry. The items on sale range from 2 euros to 40 euros.

Jp Lawrence reports on the US military in Afghanistan and the Middle East. He served in the United States Army from 2008 to 2017. He graduated from Columbia Journalism School and Bard College and is a first-generation immigrant from the Philippines.