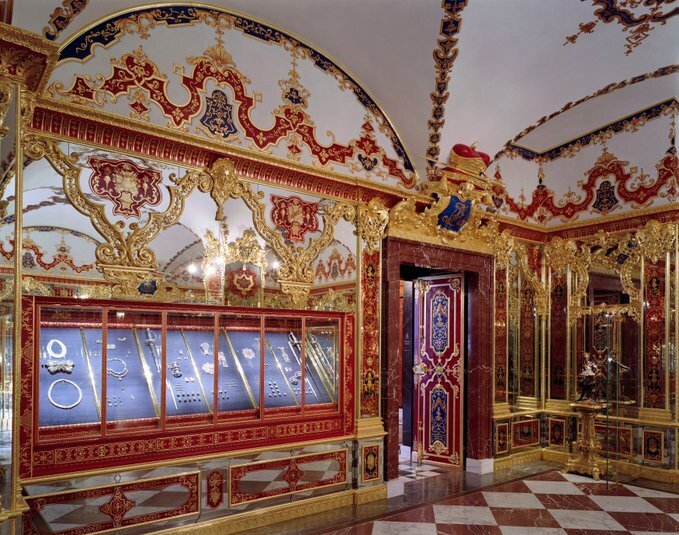 BERLIN (AP) — Six men will face trial in Germany next month for their alleged role in the spectacular theft of 18th-century jewelry from a Dresden museum in 2019, a court heard Wednesday.

The state court in Dresden said the trial would start on January 28, German news agency dpa reported. The suspects, German nationals aged 22 to 28, are charged with organized gang robbery and arson. Hearing dates are scheduled until the end of March.

Prosecutors say the men are responsible for the break-in at the Green Vault Museum in the eastern city on November 25, 2019 and the theft of 21 jewels containing more than 4,300 diamonds, with a total insured value of at least 113.8 million. euros ($129 million).

They allegedly set fires just before the burglary to cut off power to streetlights outside the museum, and also set fire to a car in a nearby garage before fleeing to Berlin.

Research so far has failed to uncover the missing treasures. Prosecutors said in September that the suspects, who are all in custody, had not responded to the charges against them.

The Green Vault is one of the oldest museums in the world. It was created in 1723 and contains the treasury of Augustus the Strong of Saxony, comprising around 4,000 objects made of gold, precious stones and other materials.

Copyright 2022 Associated Press. All rights reserved. This material may not be published, broadcast, rewritten or redistributed.

Was this item valuable?

The most important insurance news, delivered to your inbox every working day.