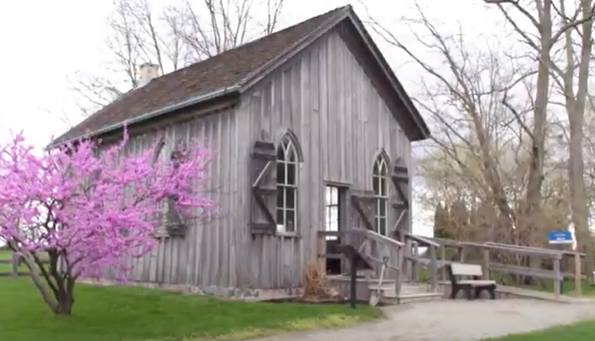 A historic site southwest of London, Ontario dedicated to preserving an important part of Canada’s Black history has reopened for the 2022 summer season.

“He’s a man who was born into slavery in Maryland,” site manager Steven Cook said.

“He was a slave for 30 years, he saw his father’s ear cut off when he was a young boy, his brothers and sisters all sold away from him, he himself had been whipped and his collarbone (broken)… but he worked tirelessly for 30 years before finally escaping.

Henson escaped to Canada via the Underground Railroad and “founded a colony here in little old Dresden which was one of the very first schools of manual labor ever established in our country,” Cook said.

In his role as conductor, Henson rescued 118 slaves.

Cook says the name Uncle Tom dates back to 1852 when the famous book, Uncle Tom’s Cabin, has been published.

The book, written by a white woman named Harriet Beecher Stowe, tells the story of life on a plantation in the southern United States.

“We are here, we have a voice” Black History Month in London Ont.

It was a best-seller and sold over a million copies in its first year, but was the subject of controversy.

“People, especially slaveholders in the south, were like, ‘What does this white woman (know) about slavery? Her book is just a fantasy tale that she made up in her head,” Cook explained.

Stowe then wrote another book in defense of his bestseller.

“She said she was inspired to create these characters like her central Uncle Tom character by having read the life of Josiah Henson. Just when she put those words to paper, that’s when where Josiah Henson became known as the real Uncle Tom.

This year marks the first time in two years that Emancipation Day will return as a live event.

The site includes the Josiah Henson Interpretive Center, with its Underground Railroad Freedom Gallery and the North Star Theater, as well as three historic buildings, including the Josiah Henson House, two cemeteries, a sawmill, and numerous artifacts.

— With files from Mike Stubbs and Andrew Graham of 980 CFPL