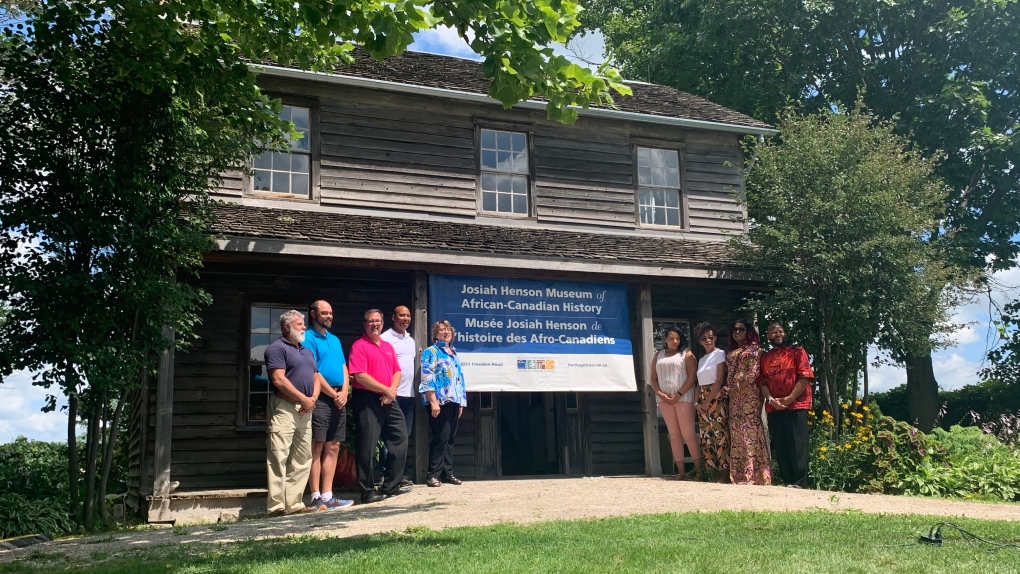 Uncle Tom’s Cabin in Dresden, Ontario. gets a new name

Turning the page on Uncle Tom’s Cabin in Dresden, Ontario. On Saturday, the Ontario Heritage Trust announced a new name for the historic site during a special Emancipation Day ceremony.

The site will henceforth be known as the Josiah Henson Museum of African-Canadian History, named after its founder and already the key figure in many of the center’s existing museum teachings and exhibits.

“We try to ensure that the heritage we represent on behalf of the province and on behalf of the people of Ontario is authentic, honest and truthful,” says Beth Hanna, CEO of the Ontario Heritage Trust. “It’s part of a larger discussion about how we tell the stories of Ontario’s past and how we portray heritage.

“Whose stories are we telling, whose heritage are we really protecting? And what is missing in this dialogue? Hanna adds.

Henson founded the Dawn Settlement in 1841 about a decade after escaping slavery in Kentucky, fleeing to Canada via the Underground Railroad.

“The man who came to be known as Uncle Tom, the real man, Josiah Henson was born in Maryland. He escaped from Kentucky and he lived here, with Josiah Henson’s roommate” , explains the director of the site, Steven Cook.

Henson established 300 acres of land and personally traveled back and forth through the Underground Railroad to free over 100 more.

At its height, the Dawn Settlement is said to have housed 500 black settlers.

“He created a haven for them here in Dresden, a school and a colony that helped them improve, get an education, because he knew education was really the key to their success,” Cook said. .

Henson died and was buried on this land in 1883, but various landowners have preserved Henson’s legacy to this day.

“Having their constant presence in the work we do is incredibly meaningful to us,” Hanna said. “And that validates us, supports us, and encourages us in the work that we’re trying to do.”

According to Cook, the future is bright for the newly named museum, not only to keep the focus on the Methodist preacher, but also the pivotal role he played in shaping African-Canadian history in Canada.

“The real story of the 1800s and the life that Josiah Henson led, that’s what we focus on,” Cook says. “We are not changing history. We just say it and keep it in context.