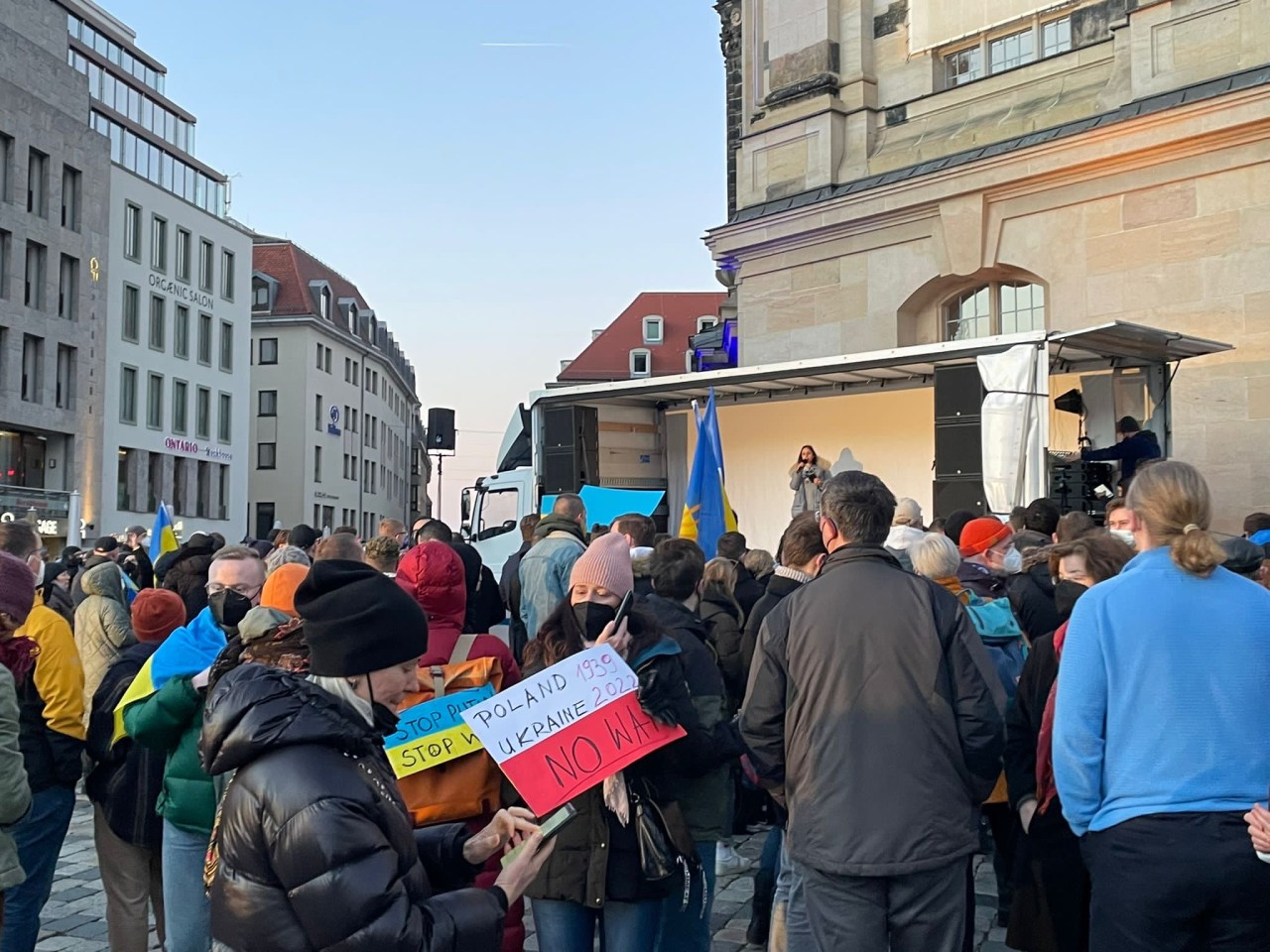 PORTSMOUTH, Va. (WAVY) — European countries are beginning to take in the first refugees from Ukraine as people flee the conflict-torn country.

Seth Middlecoop, a native of Smithfield, Va., was in Dresden, Germany on Sunday when the very first refugees arrived. He says the city has welcomed them with open arms. People thronged the streets of the city in the blue and yellow colors of Ukraine, holding signs, singing songs and giving speeches.

“It was really beautiful to see everyone coming together and showing solidarity for a country that most people have probably never been to,” Middlecoop said. “There were choirs, local choirs singing in solidarity to support the Ukrainian movement to fight against this Russian aggression.”

Middlecoop has been living in Germany since 2018 where he is working on a graduate degree in international relations. He was able to connect our sister station WAVY with some of his Ukrainian friends who are trapped in the country.

BELOW: A Smithfield man living in Dresden describes the influx of support as Ukrainians seek safety in Germany.

Anastasiia Voskresenka lives in Kiev with her husband and their three-year-old daughter. She told us about the very first night of the invasion of Russian troops.

“At 5 a.m. I woke up because I heard the explosions of bombs,” Voskresenka said. “Shortly after, about 10 or 15 minutes, I heard the second explosion. After that I decided to wake up my husband and decide what we were going to do.

They decided to leave immediately. After quickly throwing clothes into suitcases, they headed for the bus stop as train tickets were sold out.

“As soon as we got to the bus station, it’s the horrible situation, like thousands of people they were trying to get on the bus. But they couldn’t,” Voskresenka said. “People were hitting each other, hitting each other, and it was just disastrous. It was the first day of the war, no one knew, so people were panicking and running everywhere.

BELOW: Extended interview with Anastasiia Voskresenka

They eventually managed to get to safety and are now living with relatives in western Ukraine. They want to go to Poland but with their young daughter, Voskresenka says it’s almost impossible. Her husband is part of the Ukrainian IT team, fighting Russian cyberattacks.

“Before we were scared, but now our nervous system has already gotten used to it,” Voskresenka said, saying her mother who remained in Kiev can now sleep during the shelling.

“The most horrible thing is the child. I wish she had never experienced this because she is only three years old and she already knows what the world is like” , she added.

WAVY also spoke with Victoria Zakusylo, who is stuck in her hometown of Sumy, Ukraine, located just 35 kilometers from the Russian border. Sumy was one of the first cities invaded by the Russians.

Sumy remains under Ukrainian control but the Russians are there. Russian tanks fill the streets around his house. Street fights are still common in Sumy.

“My hands started shaking in fear, really. Yesterday afternoon I heard machine guns and after two or three explosions, not far from my house because the window panes were shaking.

As WAVY was interviewing Zakusylo via a Zoom video call, she heard what sounded like an explosion.

She says many residents have joined the territorial defense, taking up arms to fight back.

BELOW: Extended interview with Victoria Zakusylo.

Breaking news, weather and sports on your smartphone with the WFXR News app

Elena Pislari also joined our conversation. She now lives in Stuttgart, Germany, but still has family in Crimea.

She says she would like Western leaders to unite more than they currently do.

“Because they have way more political power than they realize,” Pislari explained. “If they unite, it will be a faster way to end this.”

And for the average American who would like to help, Zakusylo and Voskresenka agree, the best support right now is awareness and prayer.

“Support us with words. Share information. Just pray for Ukraine. It is very important for us to know that we are not the only ones who know about Ukraine.”

They also added that a boycott of Russian vodka wouldn’t hurt either.